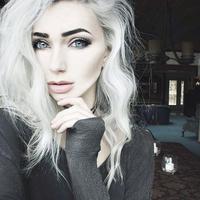 Vascilissa S. Malfoy or Vascilissa de Valentina Mortimer Peverell Pendragon Lefay Slytherin Malfoy, daughter of Ariana Slytherin and Abraxien Malfoy. One of the richest Purebloods in London, probably the richest. She is part Kitsune, a nine-tailed Kitsune in fact. She excels in Potions, Transfiguration, Charms, DADA and the Dark Arts.
Although they are a family of Purebloods, they do not believe in Pureblood Supremacy. They are well known and is respected around the world. Their influence extends to America and Japan. Though they are currently on vacation. I have two familiars. A magical reticulated python, Nemesis, and a phoenix, Nox. I also have a wand especially made for me from Knockturn Alley, Redwood and yew with unicorn hair, dementor's cloak and thestral hair as it's cores, 11 3/4 in length, unyielding. als have a wand from Ollivanders a holly and phoenix feather, 12 inches.

Alexander S. Malfoy
Vasci's older brother, a year older. Heir of Malfoy. Like his sister, he does not believe in pureblood supremacy. His wand is elm and cedar wood with bascilisk fang and phoenix tail feather for it's cores and is ten inches long. He has platinum blonde hair and grey eyes. He stands at 6'3 in height. He is considered handsome by many and is still single.

Danger has always seemed to be attracted to me. Wherever I seemed to go, it would always follow me like a shadow. Crazy right? So what better way than to face it rather than run away like a coward.

* No asterisks.
* At least 1 paragraph and vivid descriptions please.
* Proper grammar and correct spelling is a must.
* No god-modding.
* Use proper quotation and punctuation marks.
* If we have not rp'ed before, do not act like you know my character unless necessary to the plot.
* Help further the plot and don't just rely on me to further it on my own.
* 1st and 3rd POV only.