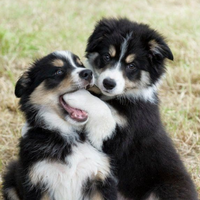 Hi. My name is Anna Black. I am a fist year Gryffindor student. I am a solitary person but I still love the company of my friends. I have a fiery temper but am also calm and hardworking. I am trustworthy and loyal to my friends family. I love being outside, as I am a very sporty person, and climbing trees, playing basketball or soccer or just talking to my friends. I love running, sprinting and cross country, and am a competitive person. I may seem shy when you first meet me bit I open up soon and am a very talkative person. I amn't afraid to speak my mind but sometimes I like to sit back and just let things unfold. I also enjoy sitting by myself and reading a book from time to time. I would love to be a Magizoologist when I am older as I love animals and magical creatures.
Past:
My parents are Sirius Black and Ivy Potter, James Potters twin sister, and I was born in England. But tragedy struck and on the same night that Lily and James died, Bellatrix Lestrange came to our house. She first used the Cruciatus Curse on me, but only for a few seconds as my mum stepped in front of me and took the curse. She was driven to insanity that night. Again Bellatrix turned to me, this time with the killing curse, but my to-be godmother, Marlene McKinnon stood in between us and died instead of me. Bellatrix fled.My father, driven mad by grief for his best friend and wife went after Pettigrew, resulting in him going to Azkaban. Therefore I, only 2 months old, was left without parents. But Dumbledore came and tried to convince Remus Lupin, my godfather to take me in. But he refused,scared that he would bite me in his werewolf form. So he brought me to the Dare family in Ireland. They were not to tell me who I really was.
1st year:
The Hogwarts letter was a great surprise. Hagrid brought me to Diagon Alley and it was amazing. I also got a dark grey owl which I called Black without realising that it was my real name. On the train I met Ginny, who became my best friend. That year the sorting went in backward alphabetical order, so I was the second last. Ginny was sorted into Gryffindor and I was anxious to join her. My sorting took 10 minutes before I was finally placed in Gryffindor. I went to sit beside Ginny but the Weasley twins grabbed me and after that we became best friends. I followed Ginny into the Chamber of Secrets and got biten by the basalisk. Fawkes came just in time to save me before the venom reached my heart.