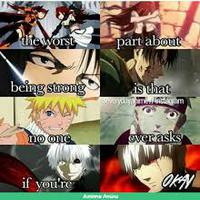 I love writing songs,I'm single,I don't really judge my friends for what they look like. look at my bio to learn more 'bout me and my life,Luv u guys!
Followers (9)  Following (17)  Friends (4)

My story is pretty simple, my mother gave me up to my dad when I was three,both of them didn't want or like me very much,my dad got married to a really nice woman named Ashley she was the best mother I could ever ask for,she would play with me at the park when I was little and when I got upset she would talk with me until I felt better,but a few years later my dad divorced her and met a different girl and they got married but she wasn't exactly the mother I liked she was nothing like Ashley,two years later Liz had my little sister ally then a year after that she had duke,I went to live with my grandma for about two years,then I came back
now here I am seven years later with only one best friend at school and the bullies to worry about but I don't let them get to me because I know here I can be accepted for who I am,so that's my story feel free to comment and don't be afraid to express yourself and be who you are!
Accio Profile Posts...