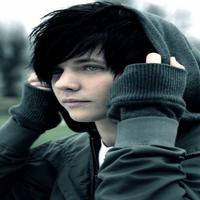 Parents- My father was part of the Black family and he had me with my mother, he left us and then my mother died. After her death, I did some research on her. Turns out, my mother's last name was originally Carstairs. She was part of a shadowhunter family (If you don't know it, there's a link about it down below) but when she married my father, her last name was changed and she was stripped of her shadowhunter abilities and the angel blood in her so she could not use that last name. Nor could she visit her blood family because of the shadowhunter laws. My last name is Carstairs-Black because even though she left behind Shadowhunter tradition, I have chosen to train with the last two Shadowhunters of my family. While attending Hogwarts, during the summer I spent time training and such with my relative Emma, 18, and my other relative Jem, 151 (yeah, to find out more about him just search Jem Carstairs, I don't feel like explaining it). Once I started attending Hogwarts, I found out that I had an older brother, Noah. Now, I've left Hogwarts and I live with Emma and her adopted family (her family is dead).