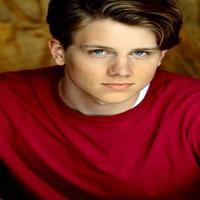 Alex stands at 183 cm (roughly 6’2) and weighs in at 73 kg (roughly 161 lbs). He has light brown hair that is always kept short, although the style of choice can change from day to day. Some days it may be spiked while others it will be parted back. Hairstyle can be a reflection of mood, message, or objective. His eyes, at first appearance, may appear blue but in truth are gray with brown and gold flecks in them. His eyes may appear to change colour from gray to blue to green depending on the clothes he is wearing, lighting, or mood. He’s rarely seen outside of standard wizarding robes, although he always wears a shirt of some kind beneath as his skin is sensitive to robe material. He is fair-skinned and has an almost imperceptible slight droop to the left side of his face, an after-effect of an intensive prophetic vision during his school years.

Alex was born on Halloween in 1991 to Bertrude Wuthering and Damascus Ornitier. As a young boy from a Pure Blood family, it was no surprise to the Ornitiers when Alex began developing periods of uncontrolled magic. What surprised them the most was his ability to say things would happen before they happened, even if he said things that a small boy could not truly understand. As he grew, he watched as his siblings were sent off to a boarding school of some kind. His two older sisters, flirty and fleeting, were sent and his older brother, broody and withdrawn, was sent a year later. It wasn’t until his tenth birthday that his parents sat down and explained life to him, in as simple of words as they could.

As they struggled for the right words, Alex interjected. He already knew the truth. He might not know the word to represent it but he knew he was different. He knew there was something off about where his siblings went for most of the year and why he would know things before they were meant to be known. His parents, jointly, explained everything to him. They explained that he was a wizard, that he had seer abilities, that his sisters attending Beauxbatons Academy of Magic and that his brother was enrolled in Durmstrang. In their own way, they laid his life out before him. Everything began to click together for ten-year-old Alex as to why he knew what he knew, why he was never enrolled in a Muggle public school and why his abilities didn’t surprise his parents in the least.
When he turned eleven, Alex received his letter of acceptance from Hogwarts and life went on a blur for his learning years. He was accepted into Ravenclaw and tried to make the most out of his educational experience. Making friends was difficult at first, as Alex had always been secluded growing up, but it didn’t take long before he found friends and colleagues across the four Houses. During the practical portion of his O.W.L. exam in Fifth Year, Alex was overcome with an intense vision. While visions and dreams and predictions were second nature by this point, this particular one was intensive. Unlike many of his previous visions, this one was of the past and the destruction of the room of prophecy at the Ministry of Magic that occurred in 1996. The result of the vision was a drooping to his left cheek that is still slightly visible to this day.

His studies went well after that and he received Outstanding in several of the N.E.W.T.s that he took. Some of these courses included Divination, Astronomy, Potions, and Care of Magical Creatures. Upon graduating, Alex was approached by the Ministry and offered a position as a correspondent Seer which he declined. He had dreamed of becoming a solitary and opening his own foresight business in Diagon Alley. The business was successful enough, even with the mixed feelings of Divination by the wizarding community. At the age of 20, three years into his business, he was approached by the Ministry again. This time he accepted and became a correspondent to the Ministry particularly in the Department of Mysteries.

In late July of 2017, Alex was invited to the Annual Runic Convention held at the Ministry. As an established Seer both in the Ministry and the community, he was asked to demonstrate and explain the use of runes within the field of Divination. After the presentation, he was approached by Hogwarts current Ancient Runes professor, Venita Wessex, who asked if Alex had ever considered teaching. He denied the fact, a truth as he had always been content with his Diagon Alley business. When asked if he might consider, he conceded the possibility and Venita Wessex promised a communication would arrive. True to her word, several weeks later Alex received an owl from Hogwarts, penned by Deputy Headmistress Sofia Castillo and approved by Headmistress Orion Oshiro offering an appointment for interview and possible consideration to take up the post of Divination at Hogwarts. New to a teaching post, Alex set forth determined to prove that Divination was still a valid subject and that True Seers still existed. He was determined to make the most of the post. Afterall, not everything in the future can be foreseen, not even for a Seer.