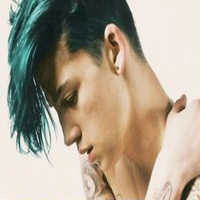 So, I'm gonna make this easier on you and give you two descriptions! First on is for people who prefer to skim and read little but find out a lot and second is for those who like longer descriptions!


I was sorted into the Hufflepuff house which, my sister thinks suits me. Phaedra says I'm always really happy and optimistic and I agree with her. Phaedra is my twin sister and I'm always trying to cheer her up! In fact, it seems like I'm always trying to make people happy and see the bright side of things! There's always a bright side! So, surprisingly, the sorting hat took longer than I thought to choose my house. I could hear it inside my head telling me that I could be Gryffindor but in the end, it chose Hufflepuff.
My favorite classes are CoMC and History. I think my least favorite class is Charms, not that it's not good but, I just don't love it. I do pretty well in DAtDA but, it's also not one of my favorite classes.
I am half-blood, my mother is a witch and my father an unknown muggle. My mother studies dragons so I've learned a lot about them.
I'm very good at transfiguration since my mother is exceptional at it she has taught Phaedra and I. We can transfigure almost anything, including living things.
I think my greatest weakness would be people who are hurt. Physically or mentally. I know, it's also a strength, but I would do anything to save someone in danger. After I finish school, I'm thinking about becoming either a spellmaker or a journalist. I think both would help the magical community. If I create new spells, more people can be helped and fewer deaths can occur. If I become a journalist, I can travel and inform people of what's happening around the world! It would definitely help make people aware of things! Phaedra wants to train to become a dragonologist like our mother and I think it's a pretty good idea, as long as she doesn't get turned roasted...that'd be bad...
I have a baby dragon which is funny because Hogwarts doesn't allow dragons. It's actually a paper dragon that I made with Phaedra before we left for Hogwarts. Our mother enchanted them so they would live and breathe. Mine is named Dawn and Phaedra's if Midnight. She loves to sit on my shoulder and sometimes a little spurt of flames comes out but, it's not enough to cause any damage. She's so cute and surprisingly fast!
I don't know much about the rest of my family other than my mother and my uncle who owns a back ally tattoo shop. He is usually known by the name Bif Jack but we call him BJ. This is where things got a little bad. See, Phaedra, our mother, our uncle and I are somewhat poor, Bif and Phaedra would shoplift and steal from people. I didn't want to do it because it's wrong but, it's hard for me to control my sister, let alone her and my uncle! I prefer to work and help my mother make dye for Bif's tattoo shop.
I also love to read, draw, explore and protect. I'm very protective of my family, especially Phaedra, seeing how she's always getting into trouble! Plus, I'm too nice to let her get in trouble on her own. If anything, I usually take the blame!
Accio Profile Posts...