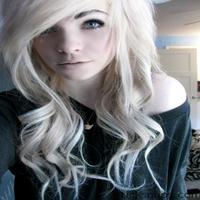 Most Moroi do not feel comfortable being in the sunlight, though they still can be outside during the day time. Often Moroi can use magic, the length of their magical capabilities is shown in Spirit Bound. Moroi use the elements earth, water, Fire, and air, combining them to make the Alchemist tattoo's (golden flower). It is common for a Moroi to specialize in one of the elements: air, fire, earth, water or spirit, the element spirit being forgotten for a long time. Moroi who specialized in the spirit element were thought to have not specialize at all. Moroi also have a special ability called compulsion which forces their will onto their victim through eye contact. Strigoi and spirit users have much stronger complusion than the regular moroi. Moroi are not allowed to use their abilities as offensive, only defensive. This is why they want Dhampirs as guardians to protect them. Though it is known that in the past, moroi used to fight alongside with their Dhampirs guardian (using their ability both offensive and defensive). The users of water, fire, earth and air are drawing their powers from each element. Only spirit users are drawing their powers from their mind and body.

And before you ask, I specialized in fire, just like my brother.