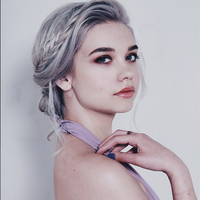 I was born to a rich Muggle family, Vladimir and Vanessa Stockland. We were a happy bunch living in the great city of London, but it was all a facade. I was different. Growing up I made terrible mistakes, only later did I learn that I was preforming magic. I was punished every time, my parents shunned me and I found refuge with my butler and my maid; Arthur and Iris Lockness. They were kind people especially towards my bad attitude.

When I was eleven I received my acceptance letter to Hogwarts, something that I strongly believed the world owed me. I was arrogant and stuck up to my fellow students, treating them like dirt. That caught the attention of the infamous Draco Malfoy; my preparedness to be the best made him believe that I was a pure-blood. When he asked who I was I was cocky and told him, "You should know who I am." And he should've, if he was a muggle.

Once at Hogwarts I wanted more than anything to be in the Slytherin house with my new pal Draco. It took less than a week for the truth to come out of my true blood line and I was shunned from my own house.
Accio Profile Posts...