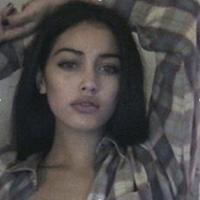 ✧
what on earth has this page become

Personality: is that even a thing anymore?

Rping Rules (They're here cause' I don't want to rewrite them each time I post a starter)
▹My rps are always Open unless I state otherwise :)
▹At least a paragraph (4 lines/sentences.) Aka Long responses
▹Well written + detailed responses as well
▹Take the rp somewhere, create conflict or make something happen!
▹Do not act like you know Charlotte unless you've rped with her before/the rp calls for your character being aquatinted with her. (I will be the one to determine right away if our characters know each other, it will say so or hint at it in the starter.)
▹You should be at least my level of writing or above (maybe a little bit below but I can't handle poorly written responses so...)
▹Do not God-Mod your character, make it realistic. No crazy feats of power or strength
▹Honestly I prefer when people rp in third person, but if you decide to write in first person and actually follow the rest of these rules, then I'm fine with it
▹Make sure whatever happens is logical ( in the world of the rp of course )
▹I won't reply unless your response follows all of these

fuck a backstory. i'll make one up if you ask

Frens- Kami, Ela, le Jaz Jaz, the smol college child behind the computer who secretly works for the fbi, Ash Mash (hELL DemON) Ryan #repeat squad. Rowan, Jeffers (Edmund), Enoch (I love making fun of you) Thelmaaaaa, Ambrose, Indigo, Pandora, ELizabeth, smolli ollie, elliot, angelica, TELL ME IF I FORGOT TO ADD YOU
YEAH THAT'S ALL I GOT SO FAR
um i don't have anyone anymore
messy n depressey