Idle✔️ I write muggle stories for Witches and Wizards. 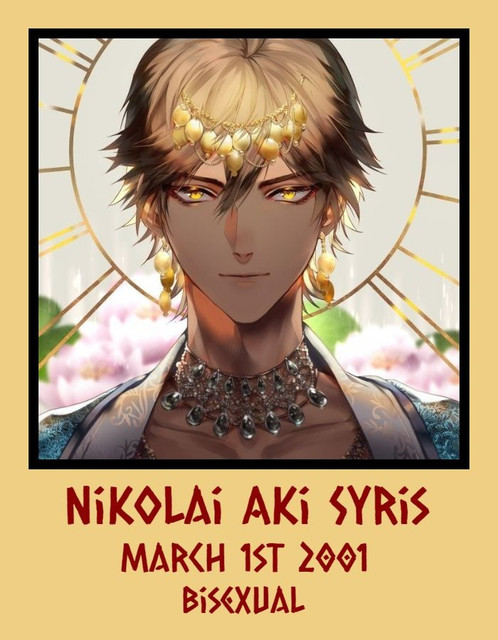 ☀Enemies: Not that I know of.

☀Children: Maybe in the future but I doubt whether I'll be stable enough to take care of them 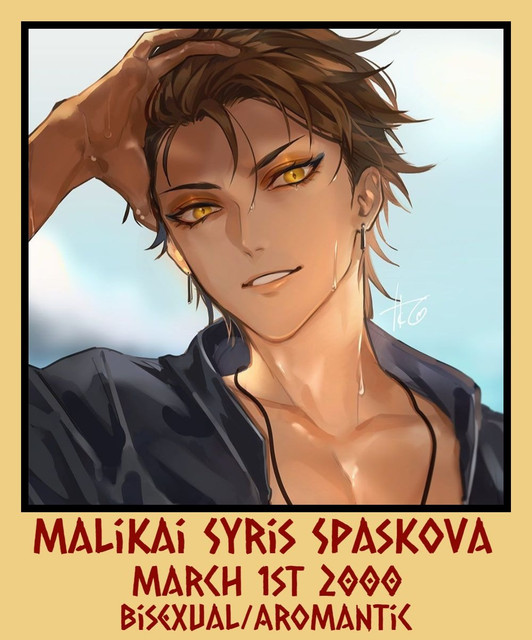 Before he was turned into a vampire, Kai was a human born into a rich family. He was a spoiled little boy who was a member of the 'aristocracy' and found amusement in treating other people harshly and sadistic. However, as karma would have it, Kai's father, a kind and generous person, wasn’t good at managing his business/money and became bankrupt. Kai found out about his father's bankruptcy when he woke up to the servants ransacking the house for valuables. When he tried to stop them, they banded together to beat Kai up for all the cruel things he did to them while telling him about the state of his family. To make matters worse, they told him that his mother ran off with her secret lover, leaving only a letter saying that she loves him. After the beating, Kai went to the garden and found that his father had hung himself. Kai stayed behind in his family home for some time, hoping that his mother would come back (he even wondered to himself how his mother could say she loves him but leave him behind, which later affected seriously his trusting issues towards females and their capability of loving him) before he gave up and had to live on the streets, mocked by another aristocrat. He ended up in an orphanage where he was treated poorly by both the other kids and caretaker because he was a former aristocrat with a bad attitude. He devised a plan(with his friends) to escape his ‘hell.' Unfortunately, while the plan started off well, he was pursued and caught and most of them shot. Even though Kai wasn't shot himself, as punishment for trying to run away, he was branded on his back like ‘livestock/cattle.’ As Kai believed he was at the deepest pits of hopeless rage and despair at the world, Spaskova appeared and offered the four children the chance to become vampires in order to take revenge on the world that, in her words, deprived them of everything if they agree to serve her. (I didn't make this up, it's not mine. I just use it to rp with. )

Since you made it to the bottom, I have a present for you. Here's a picture of me, a sombrero and the mustache that inspired the one you're using. ☀Is seen by others as: ...In rp: Really serious and kind of mean until you get to know him ...I'm actually pretty talkative outside of rps.

I love to travel so expect that.

☀General intelligence: I don't know. I'm quite stupid I must say at times. But I guess I can solve problems if I think.

☀General Sociability: You'll know by the amount of friends I have.

☀Allergies: I'm allergic to wizards. Achoo, excuse me, Wait, I know you're reading this, Hey.

☀Sleeping habits: What is sleep?

☀Childhood: Good then it fell through the ground.

☀Teenage: Almost done with them, I'll tell you when I get there.

☀Past places of residence: Too much to mention, mom moves alot.