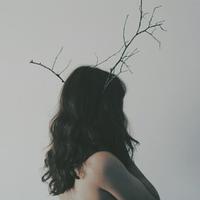 "It cost nothing but means so much. It enriches those who receive it, without impoverishing those that give it." -A Poem Called "A Smile" :)
Followers (8)  Following (16)  Friends (4)

General Appearance: Luna has dark brown hair which is up to her shoulder. She has grey eyes and petite features. Her signature accessory is deer horns, which represent her Animagus form, a deer. If she isn't wearing her Ravenclaw robes, she is wearing a white cami top with a denim skirt and black boots.

History: Luna's mother (Cassidy Brown) was a writer and a witch. She disobeyed her family's tradition of becoming a potion maker, therefore being shunned away. As a writer, she was allowed to travel the world several times, and by earning a decent salary, she could visit famous wizarding landmarks as well. Whilst visiting Diagon Alley in England, she came across a half-blood salesman (Thomas Miller) who caught her eye. They quickly became friends, however, they soon started noticing an attraction between them. Due to this, they decided to settle down. Cassidy quit her job and became a writer for the Daily Prophet, whilst Thomas took over a store in Diagon Alley. After several years, Luna's older Squib sister (Estrella) was born. Two years later, Luna came to the world.

Who do I want to be in the future?: Luna would like to be a healer, writer, or Herbology Professor.