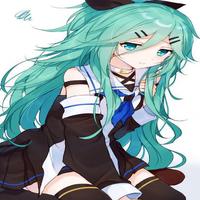 When I received my Hogwarts Letter, I thought it was a joke. My little sister was really into doing weird stuff like that, then blatantly denying it. I'd always been good at reading people and that- having a good guess at what they were thinking, but I honestly thought I was just lucky.
My dad thought it was hilarious, but my mum was skeptical. She said it sounded familiar, so she contacted a friend of hers whom I'd never heard of before- but both my dad and my sister seemed to know him really well. Carson- that's my little sister (weird name, innit?)- told me he was mad as a fruit bat, and... when I first met him I agreed. He gave my mum all these weird instructions and kept patting my shoulder and congratulating me. It seriously freaked me out.
Anyway, once he got us to Diagon Alley, I sure was thankful- and a little ashamed- but he left quickly, saying he had some business to attend to. He explained what that business was, but it all sounded like nonsense to me at the time. It's a bit hard to accept that someone's not absolutely bonkers when processing the fact that you're suddenly a witch.
My favourite part of our little shopping expedition was getting my wand. It wasn't so much the wand itself- at the time- as it was Ollivanders. Mr Ollivander was probably the one who encouraged me most to love my new- or so it had seemed- magic. He was incredibly enthusiastic and excited about his job, and I want to be like that some day. I love my wand. It's called Shemer, in case you were wondering (dunno why you'd be wondering). It means "guardian thorn".

On the subject of RP's:
-If I start writing in 3rd person, it'd be cool if it could continue that way, but I don't really mind
-I don't mind how long your replies are, I'm cool with anything
-My RP's are ALWAYS open. Feel free to join!

Basically, the only rule I have on anything for other people is: please don't be a prick.
Accio Profile Posts...