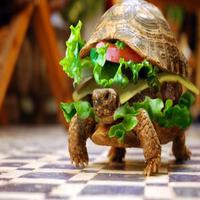 when you're starting form the bottom cause your other account got feed banned ;-;
Followers (38)  Following (56)  Friends (28)

if you don't like the way i act
don't try and correct me, thanks <3

me lifey story my name is
((Rayden i figured it was time :3)) i was born
in the smalltown of yolopulusa that had a
population of only 10,000 so everyone
knew everyone my father was killed by a
pack of wolfs when i was only 5 we were out
hunting i was bit by one of the wolfs that
mauled my father and then shape shifted
into a wolf i panic'd and apparently
scared the piss outta those wolfs and they ran off.
i was still scared by the fact that i was a wolf
and my father was dead so ran home when
i got there i shifted back into a human and
told my mother everything we moved and 1
year later when i was a small lad of 6 my
mother was killed by a dragon i was
scared and didn't have anywhere to go so i ran
deep into the woods and lived off of berries and
rabbits and water from streams i finally merged
back into society at the age of 11
and lived with a foster family and was excepted into
a gang and we stole from people killed many and
robed stores here and there at the age of
12 dumbledore took me under his wing and taught
me to train dragons i was attacked by one but
dove out the way and only had my right arm mildly
burned as i hit the ground the dragon
brought down his spiked tail with a loud *SWOOSH*
and missed but left a nasty scar under my
left eye dumbledore gave me a rehabilitation
lizard which i named Pablo me and Pablo became
best friends later the next year when i was 13
dumbledore let Pablo and I into hogwarts
so that i could become a better dragon
trainer and learn how to shape shift responsibly
and in hope that i would become a better
person in general i was placed in the slytherin
house hold and now spend my time making my self a
better person :D sex: male
relationship status: Single, So hit me up xDD

Snow leopard
Powerful and sharp! Your patronus
reflects how you tend to
fly under the radar but when push
comes to shove you explode
with potential and action! People may
underestimate you but once you strike
they never forget how wrong they were.
DuDe tHiS iS ScArY AcCuRaTe

Grim Wolf
Your animagus should be the Grim Wolf,
a large black ghostly dog figure,
often associated with death. Don't
be worried though, this just means
you'r adamant about what you want in
life, and even if you're misunderstood
you know and accept who you are and
that's what counts. Grim have a reputation
for haunting church yards, though
this is actually a misunderstanding, as they
are in reality guarding the lost souls there,
just as you consider yourself to be fiercely
loyal and protective of all your loved ones.
The grim wolf animagus form would be
perfect to your personality.

You're a born leader and the furthest
thing from a quitter.
Helping others in troublesome situations
is important to you, but you aren't rash.
As a leader, you know it's important to
make a plan before acting, and keeping
a level head. You understand that sometimes
the risk does not outweigh the reward,
and will put yourself first before doing
something reckless. However, you are more
likely to take a risk if those in need are your
closest friends and family.

Fire best represents your personality. You
have passion and a burning desire for
everything you love doing,
increasing your perfection in your
life experiences. Your energetic
attitude and enthusiasm makes
you a wonderful person for your
friends to depend on. If you never
give up on your aspiration,
you are bound to go far!
i love baggy clothes cause they are comfy!!

thanks for reading, if you did lol
Accio Profile Posts...