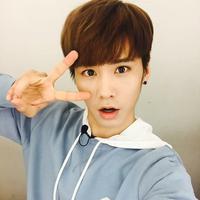 Noah began life, born a pureblood, as Bong Woo. As he grew up, he realized that he wasn't the girl he was born as. Coming out as trans, his parents easily accepted him. His parents went through harsh times, having to move from their home in Korea to a new home in England. Now, with an acceptance letter in hand, Noah is making his way through Hogwarts.
Accio Profile Posts...