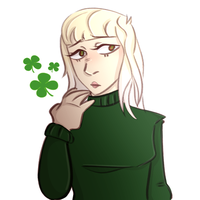 From what Jane knows:
Jane was born in Tokyo, Japan... She had English
parents (except for mom -half Japanese-) But
soon her mother died when she was must five
years old. Later after that he father told her
everything about magic, he told her about
how he actually works at the ministry of magic,
and pretty much everything. He even opened an
old library in their mansion filled with books
about magic...
Reality:
They where not her real parents at all. Nope,
not even one percent related. Her real mother
was Bellatrix Lestrange, yup it was her. Jane did
not contain her features though. Jane had white
hair instead of black. Magic can be pretty
powerful, right? Her father is unknown. No one ever
realized so her parents now and her think they are
related but it is all a lie.
OTHER:
Wand: Hawthorn Wood, Dragon Heartstring, 12"
Patronus: Threstal
Age: Depends on the RP
Family: [OWL ME IF YOU WANT YOUR NAME HERE]
Relationships: Jason Williams (bf)
A Best Friend: Draco (I don't have a crush on him tho)
EXTRA:
God parent: Hades
Fav color: BLACK! And BLOODY RED
Song: (I have multiple but the top on is:) Lowlife by Poppy, Body by Mother Mother
Accio Profile Posts...