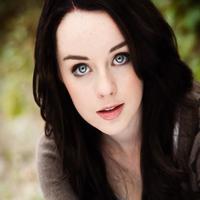 Hi. I’m Viktoria Finch-Mardi, but it’s probably easier to call me Viktoria or Vik. I’m a Ravenclaw. Please owl me before you follow me. Thanks!
Followers (5)  Following (14)  Friends (5)

(Younger Student) My Hogwarts letter finally came on Tuesday! It was exciting, and Mum was happy too. Mostly because recently I’d been trying to make regular pencils write in all the colors of the rainbow, but last time I tried they started scribbling on the walls. In normal color :(. Anyway, my parents and I went shopping in Diagon Alley. I thought it was a very good idea to hide the door behind “The Leaky Cauldron”, just like I did three years ago, when we were here for my brother Lucas’s kit. The innkeeper was an friendly man, and let us go through. Then I got all the stuff on my list, including my wand (Cypress with Phoenix feather). The coolest part of Diagon Alley, though, was the owls. I picked a tawny one which I named Windrix. He’s usually happy but he gets cross when I give him a letter. Maybe he’ll be better later.
Accio Profile Posts...