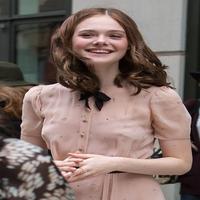 Nerdy, introverted, and unadulterated seem to be the perfect words to characterize myself! I hope to share some awesome course experiences with you!
Followers (1)  Following (10)  Friends (1)

Having a fascination with the fantastical, I, Sian Yorkin (pronounced Sharn/Shaan Yor-kin) had been groomed to rationalize my beliefs to accommodate for the natural world in which I lived - to suppress my thirst for the UNnatural and instead embrace the mundane. My thirst for intrigue was quenched with one, minuscule letter mailed to 'Miss S. Yorkin, Upstairs Guest Bedroom, 15, Whitely Way, Padeswood, Buckley,' from Hogwarts School of Witchcraft and Wizardry. From age eleven and onward, the mere mention of magical creatures resulted in heated discussions and me quoting paragraphs at a time from 'Fantastic Beasts and Where to Find Them' by Newt Scamander, a book which I strangely kept underneath my pillow at night. As I grew and graduated from Hogwarts with high honors, I fled for a job in the Dept. of Regulation and Control of Magical Creatures, where I had been frequently deterred by the stuffy Ministry work - the mundane of the wizarding world (two things I had never before used in the same thought.) I continue to diligently climb the ranks of the Beast Dept., and I someday wish to embark on my own grand adventure to forward my dream of learning to coexist with the magical creatures I so love.

After that "brief" synopsis of my life up until this point, why not add a good ol' fashioned character bio?