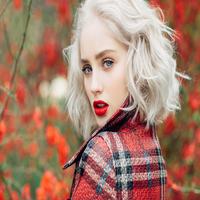 sexuality: lesbian
sex: female
pet: snowy owl named Christmas
Wand: Beech wood , unicorn hair 10", supple flexibility
Patronus : Wild boar
Likes: pumpkin pasties, her wand, magic
Personality :Skylar is a mostly closed of person that has a striking temper but if your super close with her you can get to know her genuine side. For a Slytherin she's very protective of her sister and brother but she has more ambition than anything else.
Looks: short blonde hair , hazel eyes, fair skin , average height 5'5 always wears something edgy when not in uniform to get her mother mad.

My younger sister Alexiana is a third year at Hogwarts In my house, Slytherin.I have a twin brother Tylece, who is in his Fifth year at Hogwarts and is in the house Ravenclaw. Both my parents Analise and Phredrick were both in Slytherin as well. My mother is a pure blood and have a pretty unhealthy relationship with her. My father is also a pure blood. I found out I was a witch when I was seven and accidentally broke a tea cup with my mind. My parents weren't that upset because we had all just found out I had magic! On my 11th birthday , the mail was delivered with my hogwarts letter. I was very excited. I want to be a curse breaker or something that will have me be remembered as one of the greats.
Accio Profile Posts...