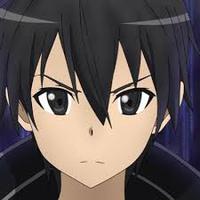 "Muggles? Oh you mean those animals? Why should I deal with these lowlifes? Oh well, my family can marry them for all I care!" - Josh Altman
Followers (124)  Following (4)  Friends (4)

Hello fellow witches and wizards. I'm Joshua Altman. You can call me Josh. Yes, I'm one of those Altmans who are infamously well known for being Muggle-Lovers ugh! Never associate me with those blood traitors. I'm ashamed to be part of that pack of zookeepers. Anyways, I do consider my story to be a tragedy. My parents, Joseph and Amelia Altman, are very influential members of the Ministry of Magic within the Department of Magical Law Enforcement. However, their love for Muggles reach much higher than the Weasleys. It's really embarrassing to say the least. I also have two older siblings, Michael and Emily Altman, and two younger siblings, Jacob and Rebecca Altman. They are all just as terrible as my parents.

My family has been in Gryffindor House for centuries. It's no wonder why my family is so deluded hanging around with those animals. Every summer, my parents take us to the Muggle world to see Muggles and hang out with them. I swear they're like bumbling tourists flocking around a petting zoo! I still don't understand why they don't get tired of seeing those animals. Things got worse when my siblings started going to Hogwarts. As predicted, both of my older siblings were sorted into Gryffindor. The bad news is the fact that they bring in their Mudblood friends over to play. Ugh! I can't stand these lowlifes strutting about the house as if they own this place. Fortunately thanks to my siblings, I became a master Legilimens. I was so skilled in the art of Legilimency that I was able to delve into the minds of anyone I look at and hear their thoughts like an open book. If I'm correct, I'm sure it's what the Muggles call telepathy. At the same time, I also learned how to be a formidable Occlumens without knowing until a year before I was accepted into Hogwarts. I guess this was because of the torment my family gave me all my life. It makes sense though. At that point, I've been blocking my mind and emotions away from my family so well that they really have no idea how I really feel.

The Sorting Ceremony for me was very interesting I must admit. I never expected a reaction like this ever. The routine was the same. The professor called us over one by one to be sorted. I looked over to the Gryffindor Table and saw my demented siblings grinning at me. They must've thought I would also be sorted into Gryffindor. Like I would ever let that happen! When the Sorting Hat was placed on my head. I will never forget what it told me.

"Ha! Another Altman eh? I know just what to do with you...... Hmmmm..... Curious. Very curious. I see so much anger in you. So much ambition, passion, and a thirst to prove yourself to be better than your family. You have perfected the art of both Legilimency and Occlumency at such a young age. You are also determined to break the family tradition. Is this truly your desire? Very well, so be it! SLYTHERIN!!!!!"

As the Sorting Hat's called out the house, there was complete silence. Everyone was staring at me with stunned expressions as I made my way to the Slytherin Table away from my siblings. They must've been in quite a shock. Quite an understatement.

Basic Facts about me:

Backstory: Greetings, the name's Josh Altman and I'm from Downtown Detroit. I was born in the early 1900s working as a part-time toxic waste plant worker to support myself in high school. I was just about to graduate high school when it happened. I was 18 and there were two girls that were a year or 2 older than me. I took interest in them and we became great friends until that day. I was finishing up work when the two approached me out of nowhere, they beat me to a pulp and shoved me to the edge of the toxic waste dump. Almost dead, the two took each side of my neck turning me into a vampire. At the same time, I fell into the toxic waste dump mixing the toxic waste with the venom that was injected into my bloodstream. I woke up a few days later as a vampire, but felt completely different. Evidently, the mixture of the toxic waste with the venom caused a mutation When I transformed. As a result, my overall powers were enhanced.

My skin was much tougher than the hardest diamonds. Ripping me was nearly impossible let alone setting me on fire. My skin didn't sparkle in the sunlight as my skin color matched that of humans. My overall powers did not weaken due to age, but rather strengthened drastically. Along with that, I gained high tolerance levels for pain and other sensory factors. I also gained the power to blind people with complete darkness. Almost everything about me was different from the average vampire. As a result, I was a loner and an outcast from the vampire world.

I stayed like that for nearly 80 years until I finally came out of hiding to start my own coven hoping to undermine the rule and influence of the Volturi.

OOC: Don't worry:) I'm actually a really nice person out of character. I just love to play the villain. Please don't be shy to invite me to RPs. Speaking of RPs, I do have some things that are just basic common curtesy. When you RP, NEVER control my character in any way. I control my characters while you control yours. Also, I mean this in every way, absolutely NO GODMODDING or Mary Sueing your characters!! It's not fair having to lose every time to someone just because. It's a give and take. I will stop the RP and ignore you, or in extreme cases, block you if you ignore simple common courtesy such as those.