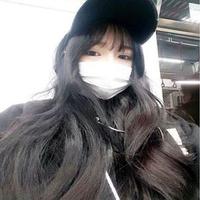 Oi, y'all. Welcome to my page, feel free to owl me if you are interested in roleplaying. Don't be discouraged if I don't answer right away. :)
Followers (5)  Following (0)  Friends (0)


PERSONALITY
Ashyrn is slightly cynical in nature and has a rather self-deprecating sense of humour. She seems aloof and detached to many when they first meet her, but if the other starts to get to know her, they will find that this is not the case. Ashryn is a master of blackmail and will stop at nearly nothing when she finds injustice. She tries to find friends that will have her back, for she will do the same. She jokes around and is quite loud and energetic around her close friends, yet quickly tones down around others. Though she is in Slytherin, she often feels awkward around her upperclassmen and peers, so she would choose to sit at other tables. However, if asked, Ashyrn is a proud Slytherin.

Ashyrn Neptune Chou II was born on December 21st, 20XX to Wu Chen Chou (Father) and Eun Li Neptune (Mother) in Manchester, England. She is the only legitimate child of her parents, and though she is the youngest cousin in the family heritage, she places as the sole heir of both pureblooded Chou and Neptune families

Ashryn's parents remained as the pureblooded poster children for wizarding parenting, always and yet never there. Due to this, she was mostly raised by the house elves and her elder cousins in the shared Chou-Neptune household.

Ashyrn developed a fascination for the sky and wind at a very young age, and some of her happy memories are climbing out to the balcony railing and watching the night sky for hours after lights out. She lives a very sheltered life, and like many other old pureblood family heirs, is not well versed in muggle technology.

Before Hogwarts, Ashryn was pressured to not only learn French and Latin but also her family's ethnic languages' of Korean and Mandarin.

From the time she was born and announced heir, she was born and bred to be the perfect Slytherin and was expected to keep all matters inside of the family. Her 11th birthday came and away she went to Hogwarts, accompanied by some of her older cousins. She was placed into Slytherin, yet was a Slytherin-Gryffindor hat-stall for nearly 15 minutes.