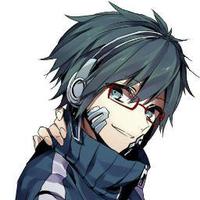 Zane is calm and his control over his temper. Often his face is blank, expressing less emotion than those around him. (Read bio for more info)
Followers (20)  Following (18)  Friends (9)

Zane (Thomas) Brooks comes from a family with a long line of pure-blood Slytherins. It was definitely a surprise to be sorted into Ravenclaw, but was glad to get away from my many siblings. The hat had spent what seemed like ages deciding what house to place him in. He could fit into almost any house. He was kind , gentle and loyal as well as brave and immature at times. He was easily a ravenclaw bright and logical, but he was also cunning and liked to be in control.

Zane is calm and his control over his temper. Often his face is blank, expressing less emotion than those around him. Very few times will he laugh freely, becoming playful, and hopeful.

During his free time Zane typically plays chess, studies, works on a new riddle, or writes. Surprisingly his favorite books seem to be romantic novels and he often writes about the subject. He develops many crushes, but most often quickly loses them. He has few friends and many enemies whom would love to kill him (maybe not literally).

His hair matches the color of black ink and often has a bit of a messy ruffled look to it. His skin has a slight tan and is well-fit.
Accio Profile Posts...