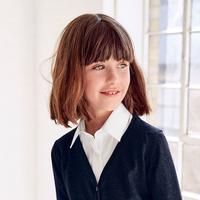 (Will age up or down as needed for RP)

My name is Tinafeld! I'm a student at Hogwarts. I was taken into care when my muggle parents were unable to care for me when I was little and began showing signs of my magic. I lived at Saint Anselm's home for magical minors until I was six years old when I was adopted by two men named Perry and Rami Kitzenjöven. They already had an adopted son called Maldonai, but he's much older than me. My hair is supposed to be brown, I think, but it often turns strange shades of green. I'm a Metamorphmagus but I'm still learning how everything works. You're welcome to ask questions about it.