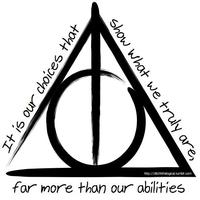 I've always wanted to be a Curse Breaker, ever since I was young. So, when the opportunity presented itself, I never looked back.
Followers (53)  Following (35)  Friends (33)

Born to a Welsh mother and an American father, Caen was the second born of identical twins. Of the two, his magical talent manifested in his Metamorphmagus abilities. He decided to attend Hogwarts once his letter arrived at age 11, where he was sorted into Gryffindor. Caen and his twin brother Adrian spent their free time in the Dueling Club, though Caen joined the Quidditch team his third year. In their fourth and fifth years, the two studied at Ilvermorny where Caen was sorted into Thunderbird. There the twins met Zephyr Lewis, a soon-to-be lifetime friend. The three soon earned the nickname Ghidorah in the Dueling Club for their undefeated streak.

Caen finished his education at Hogwarts, graduating with NEWTs in Potions, Defense Against the Dark Arts, Charms, Transfiguration, and Ancient Runes. Though his education was better suited for Auror work, Caen was recruited by the Fitchburg Finches as a Chaser, which he excelled for six years in following his Hogwarts education. His teammates affectionately call him Red-Tail, due to his hair and how he seems to fly like a hawk.
Accio Profile Posts...