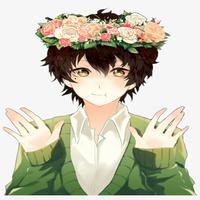 My name is Dylan Chase Evans. Prior to Hogwarts, my name was Aubrey Andrews, but I’ve left that life behind. I am a transgender boy (FTM) who didn’t grow up in the most accepting family. Thankfully, I’ve been able to move past all that.


I was born into a family of four in Toronto, Canada. Of course, everyone thought our family was great. But behind the backs of everyone, I’d be locked in the basement with no food all day for weeks on end. All because of two things.

In there eyes, I am a freak for being a transgender boy.

I could speak to animals and make nature grow.

And that’s made me different from them. They hid me away, pretending like I didn’t exist. This went on for six years.

But I survived.
And I lived and I’m here now. I’m moving on, getting better, going to doctors in hopes of helping the multiple open wounds they’d left me with. I’ve made it this far, I’m not going to stop, I’m not backing down without a fight.

It’s my time to shine.

My disorders include PTSD, Extreme Anxiety, Paranoia, schizophrenia, bipolar disorder, and a few others I’ve developed since that time.

Physical problems include a prosthetic leg (my father pushed me down eight flights of stairs one day. It wasn’t a pretty sight.), severe amounts of scars from abuse/self harm, and asthma. It’s not so bad I guess.

Special thanks to:
Rosemary Lange (Mum <3) - Thanks for the unofficial adoption! :)
Lydia Maximoff - For being a Helpful Person
Ash Lytød - For welcoming me!