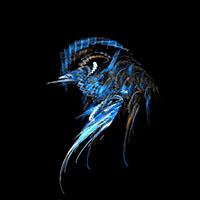 I spent most of my young life in an orphanage, not knowing my parents. It was from this orphanage that I received my original letter to Hogwarts. I had spent the majority of the first part of my schooling experience rather painfully lost. New to the wizarding world, I was overwhelmed, unsure of how I envisioned my future to go. It was thanks to a friend that I had made before I actually started school, however, that I eventually realized what I wanted to do.

During my third year in Hogwarts, my school was attacked. A group of rather aggressive dark wizards descended upon the school, seeming to be after something in particular. I originally decided to do the smart thing and stay hidden, until I saw my close friend from first year being set upon by one of the wizards. I knew that an experienced dark wizard would be way out of my league in terms of skill, but at that point, I didn't care. Emerging from my hiding place, I attacked. With a fury I didn't even know I had, let's just say that I obliterated that unfortunate soul. Me and my friend went back in to hiding, with her telling me how happy she was I had come along. The rest of the school managed to deal with the remainder of the threat, but at that point, I had realized that my true goal was to be a protector. It didn't take long after my graduation that I applied to be an auror, in order to help protect those in need, as I had done when I was inspired to follow this path.
Accio Profile Posts...