Meagen Kiloh    Druid of the Gods 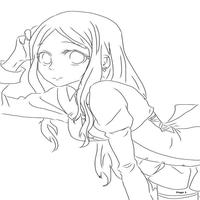 Meagen Kiloh
Druid of the Gods

A 27 Year old College Student, Focused on Language. I'm from the original days of the site, so have seen a lot of things. Always friendly, and ready to talk.
Followers (158)  Following (95)  Friends (94)

I attended Hogwarts so many years ago, I remember so many people from my time there. I was there for several years, and even had the position of PA and Head Girl - on numerous occasions for Numerous Classes. Over my time at Hogwarts I discovered the truth about myself, being an adult in a school that usually the students were children... I felt out of place. I couldn't connect to the Faculty, as that sort of relationship (friendship) was not allowed, and making friends with children felt so strange. As a result I decided to leave Hogwarts after my second year. Of course, my wand was confiscated, not that it mattered much as I found my calling in magics more Ancient than what common Wizards were using.

The Celtic Gods called me, and as a result I found out that there was magics much deeper - much more powerful - than those being used at the school. My talents blossomed, as I traveled to Tir'Na'Nog to take up tutelage with the Gods themselves. I was to bring about a new understanding and Era of magic and crafting of magical items. A returning of the Old Gods and their old ways. Of course the realm of the Gods is a strange place, where time runs how they please. I did not age while there, and the training I received may have felt like ages to me, but in reality was merely a handful of months in our world. When I returned I had a better understanding of myself and what I was capable of.

Now, I begin my new story and journey - and I seek to bring to light things that others may have forgotten.