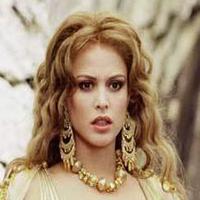 Ever since I was a young child, the wards on my family’s various estates have always fascinated me. The idea that you could protect your property to such an extent that only blood will allow you entry is amazing, never mind that you can render it unplottable and invisible! Dissecting wards; creating them; seeing how they work; how to make them better and studying how, with an excess of magic, wards can even gain some semblance of sentiency (like Hogwarts’ wards for example) is something I’ve always wanted to do.

And of course, with creating wards you have to be able to break them and pull them down if need be - which is where the idea of curse breaking comes in. Curse breaking, on top of, you know, breaking curses, also deals in wards, with most curse breakers currently focused on Egypt and the Pharaoh’s tombs, which are warded (and cursed) with all sorts of nasty things. Hence, why I have a dual profession. Curse breaking and ward making are so tangled together, that I decided it would be a grand idea to do both!

I started right out with an apprenticeship with one of the the best wards masters alive today. It was very hard work, and pretty dangerous too (you never want to be around unstable, crumbling wards let me tell you!) I spent the next couple of years after my apprenticeship travelling around and working on my wards mastery. After that I started an entry level curse breaking job at Gringotts. I have a lot of fun travelling for my work, both as a curse breaker and as a wards mistress, there’s not much better, in my opinion, than the high of a successful job!
Accio Profile Posts...