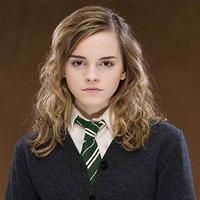 My family is the 2nd richest wizarding family in the world, but we donate 15% of our earnings to charities and fundraisings in other countries. My mother is a famous magizoologist (grandaughter to Newt Scammander (not by blood, by adoption)) and my father, David Blackbird is the manager of the wizard band "Weird Sister".
I have two older twin siblings that passed away a year before I attended Hogwarts. They were sorted into Gryffindor, though I come from a line of every other house besides Gryffindor. My mum's a Ravenclaw and my dad was a Slytherin. My two older siblings (named Henry and Athena) were sorted into Gryffindor by the sorting's hat request. They were bulllied throughout their years at Hogwarts for being "Blood Traitors"
By the time their fifth year rolled along, my other older brother Ethan was also sorted into Gryffindor to be like his older siblings.
When Athena and Henry's first year came to an end, they were killed by a dark wizard/werewolf by the name Fenrir Greyback. My brother was luckily safe during that time.
In second year I got the position of keeper on the Slytherin quidditch team.
When his third year came around, that's when I started to attend. I was sorted into Slytherin and befriended the Golden trio. We had many adventures those years. In third year I started to be called "The Golden Trio's Pet Snake", which I didn't care much about.
In third year, I started to date a Hufflepuff named Tommy Newton. But, he was killed during a Quidditch match by taking a bludger to his head along with my Best friend Deedee who was a beater for the Slytherin team
In fourth year, my parents were killed in a fire caused by Death Eaters (the only survivers were my house elf, Hoggle and the animals). I lived with the Weasley's thereon.
My 15th birthday was the same day as the Yule Ball (which was the same day I started a relationship with Draco Malfoy)
I am in my 5th year, I became the only Slytherin in Dumbledore's Army and I learned how to produce my patronus (which is a Black Swan).
Accio Profile Posts...