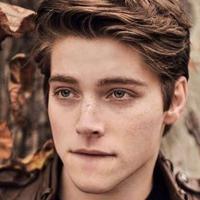 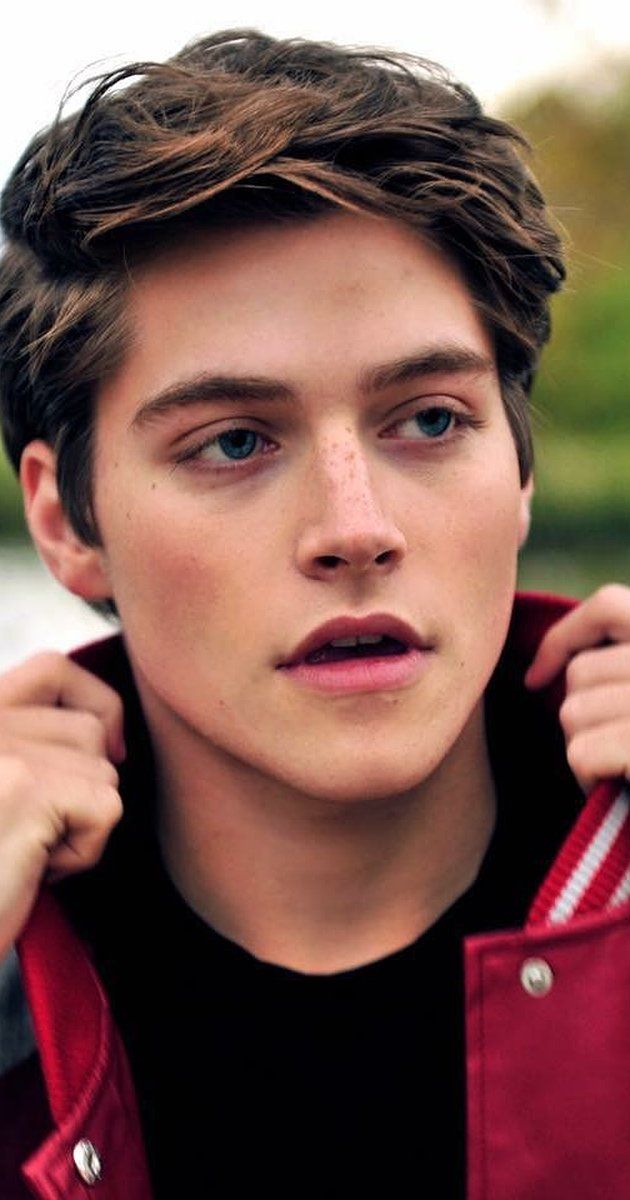 Name: Daniel Holt
Age: 18
Gender: Male
Species: Human
Description: Brown hair swept over to one side, Ocean Blue eyes, Freckles on his cheeks and nose, Slightly tanned skin, Thin but muscular
Clothes: White t-shirt with a blue flannel worn over it, Blue skinny jeans ripped in multiple places, Black converse
Accessories: Gray beanie, Black framed oval shaped glasses, black stud earrings
Boggart: His father
Sexuality: Gay and Poly (Can be Pan, depends on the rp)
Relationship Status: Taken by my Dilly <333
Personality: He's extremely kind, worries about others, always checks up on his friends. He'll get something for them with his own money if needed, as he hates seeing his friends in pain, emotionally or physically
Extra Info: He has DiD(Dissociative identity Disorder) but he changes to look like the person in control
~~~~~~~~~~~~~~~~~~~~~~~~~~~~~~~~ 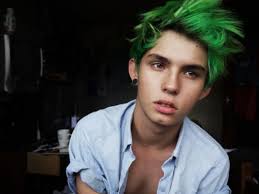 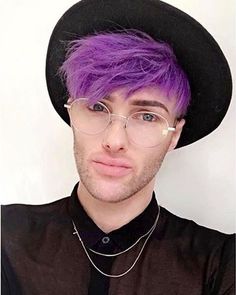 Name: Damien Holt
Age: 20
Gender: Male
Species: Human
Description: Shaggy short lavender hair, Violet eyes, Slightly tanned skin, Very fit, has a four pack, but more muscular in his arms
Clothes: A white button-up shirt with the sleeves rolled up to his elbows, Black jeans, Dark purple converse
Accessories: A black round hat, Black stud earrings in the lobe, Two silver hoops on the helix(Both ears), and Silver, thin, circular framed glasses.
Boggart: One-sided love (He’s been through it before and he never wants to feel that pain again)
Sexuality: Pan
Relationship Status: Single
Personality: He's extremely kind, romantic(obviously), he treats others with respect, and he's just a ball of happiness. You want cuddles? He won't let go of you until you ask him to. You hungry? He'll make you something fresh (He knows how to cook a lot of different things). his only focus is making you happy
Extra Info: Daniel’s romance personality
~~~~~~~~~~~~~~~~~~~~~~~~~~~~~~~~ 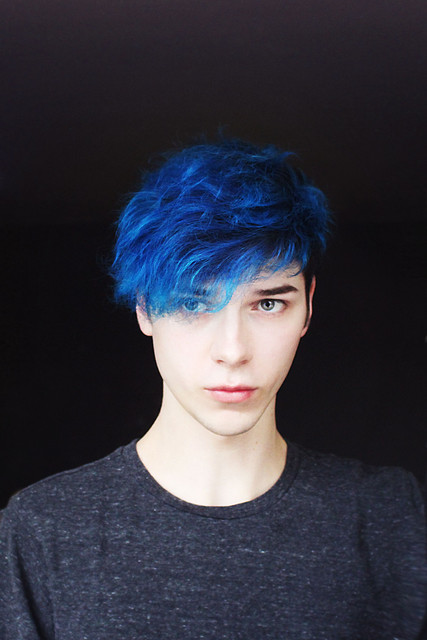 Name: Kai Holt
Age: 20
Gender: Male
Species: Human
Description: Floofy Cyan hair swept over to one side with the sides shaved, Cerulean eyes, Almost as pale as a sheet, Very fit and muscular in the arms with a six pack
Clothes: A solid Black tight fitting tank top, Navy blue skinny jeans, Fully Black converse
Accessories: Silver hoop earring in the helix with a chain connected to the Silver ball stud earring in the lobe(This is for both ears, btw), Two silver hoop piercings on his bottom lip
Boggart: Losing control (He has major anger issues, so he fears he might lose control of himself and hurt someone)
Sexuality: Pan, Poly
Relationship Status: Taken by my cutie and my shortie <33
Personality: He may represent anger, but he isn't always pissed off. He's actually quite the sweetheart. He hates hurting others, but he has a lot of trouble managing his anger. So sadly he is only friends with everyone in Daniel's head, as they understand that he can't control himself. He hopes one day to find someone else that understands
Extra Info: Daniel’s anger/evil personality
~~~~~~~~~~~~~~~~~~~~~~~~~~~~~~~~ 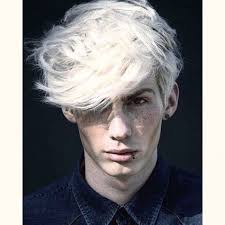 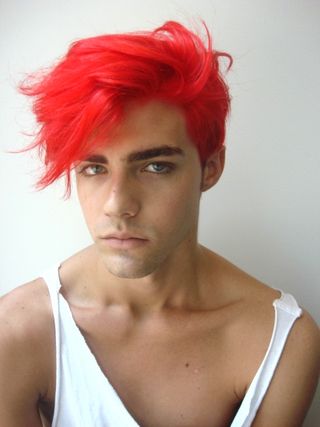 Name: Raven Holt
Age: 20
Gender: Male
Species: Human
Description: Floofy short blood red hair, Crimson Red eyes, Tanned skin, Muscular in arms with a four pack; Clothes: White loose button up shirt tucked into his black jeans, Black combat boots
Accessories: Black collar, Silver ball stud earrings on the lobe, Three silver hoops in the helix
Boggart: Death (As in him dying, he doesn’t mind anyone else dying, in fact, he loves it.)
Sexuality: Pan
Relationship Status: Taken by my beautiful Rose of Thorns once again! <33
Personality: He hates others flirting or even looking in a intrigued way at the one he loves. He'll track them down later and, ahem, teach them a lesson. He's protective, always keeping an eye on the people he cares for to make sure nothing happens
Extra Info: Daniel’s obsessive personality 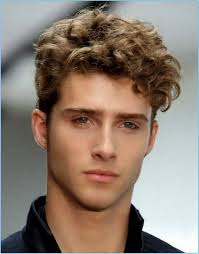 Name: Azriel Halo.
Age: Age is unknown but has the appearance of an eighteen year old.
Gender: Male
Species: Fallen Angel
Description: He has short curly brown hair, his eyes are a mesmerizing electric blue. He's pale but always has a little color to his face. He has white wings. He has scars on his torso. (Find out why in rp)
Clothes: A pastel blue baggy sweater, blue skinny jeans, and white converse with flowers embroided around the star.
Accessories: He wears silver, thin, full moon framed glasses. He also has a locket around his neck. He also wears a brown leather satchel.
Biggest Fear: Being hated/left behind
Sexuality: Gay
Relationship Status: Single
Personality: He gets flustered very easily and can be shy around new people. But once he opens up, he becomes a very outgoing person. He's very kind and worries about others way more than himself. It's to the point that he sometimes forgets to take care of his own needs.
Extra: He fell because he loved a man who didn't love him back. So now he hopes to find someone who will accept him.
~~~~~~~~~~~~~~~~~~~~~~~~~~~~~~~~
RP RULES
~~~~~~~~~~~~~~~~~~~~~~~~~~~~~~~~
1. Please ask before putting a starter on my wall.
2. Don't control my characters.They are not yours to use.
3. I am okay with romance roleplays, but that doesn't mean the said characters are now dating. You have to ask first obviously. And don't get frustrated if you get a no, the character may just not like you.
4. Don't call them OCs. I consider these people real, so please don't act like they don't have feelings.
5. I am okay with dirty rps, but like I said about romance roleplays, that doesn't mean the said characters being used are now dating.
6. Please make it interesting. If I don't respond in a week, I'm either busy or you bored me.
7. Please try and use correct grammar and spelling. I won't yell at you for not doing so, but it just frustrates me cause I sometimes don't understand what you're meaning.
8. This isn't really a rule, just a statement. I mostly do muggle rps.
~~~~~~~~~~~~~~~~~~~~~~~~~~~~~~~~~
Now, about me. ^^
~~~~~~~~~~~~~~~~~~~~~~~~~~~~~~~~~
Hi! I'm Carson. I also represent Daniel. My pronouns are He/Him. I'm a giant nerd, so if you'd like to freak out over fandoms, I'm your guy. I'll answer some basic questions.

Favorite Song: I can't choose between any of my babies! But... There are a few I've been looping a lot recently. This is Home by Cavetown, The Things We Used To Share by Thomas Sanders, and
Comme Des Enfants by Coeur de Pirate but Paola Bennet's cover.

Hobbies: I love reading, drawing, playing my ukulele, anything creative, I'm up for it. I also looove to sing, though I don't sound the best, heh.

Phobias: I have Emetophobia, Atelophobia, and Autophobia. You can look those up if you want to...

And that's it! Sorry for making this so long, heh. Well, have a good day/night/afternoon/evening/whatevertimeitisforyou and keep a smile on your face. Farewell!