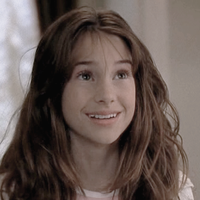 Phoenix Reeves is the only child of Margot and Franklin Reeves, and grew up in the city of Liverpool, England. Born on April 12, 2008, in Manchester, England - where her parents happened to be on vacation, not expecting their child to come so early. Phoenix inherited her mom’s hazel brown eyes, and long mouse brown hair, and she had her dad’s nose and smile. Growing up, Phoenix was an extremely stubborn child. Her excessive stubbornness sometimes came off as being spoiled, which sometimes was the case but often Phoenix didn’t want to admit to being wrong. Phoenix always has a sarcastic remark, or a comeback to anything someone will say. More often than not, she can’t hold her tongue and ends up offending someone in some way. Phoenix is extremely impulsive and has to be on the go all the time. That’s why her parents had her join an ice hockey team at the age of eight. Phoenix turned out to be an excellent hockey player. However, when a opposing team member taunted her and cheated in a game, Phoenix accidentally (and she didn’t know how) removed the blades of that person’s skates. There had been other inexplicable incidents, when she was taunted at school she changed the color of the person’s jumper, or in the middle of eating dinner, her father said something that caused Phoenix’s salad to explode. When Phoenix got her letter from Hogwarts, she was terrified, however after some convincing she warmed up to the idea of going to a magical school.