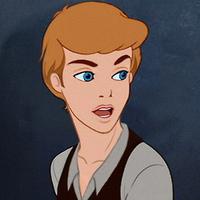 William is more the creative side of the Ravenclaw's stereotype, but he is not lacking in the brain department either. With an intense love for robots and the idea of something just as smart as humans that just *isn't human at all*, you could say he's a bit of a nut job. He seems to be rather lazy and actually *hates* reading. He needs to utilize tutors quite a lot as completing homework in a timely fashion is just beyond him. But don't doubt that he is smart! When he applies himself, he can be top of the class. Nearly every subject is one he likes. About the only ones he finds droll are History of Magic (bluh, history), Astronomy (math? ew), and flying (less droll and more scary because heights!). A muggleborn raised by his grandmother, he finds magic to be fascinating and is enthusiastic to practice it. In fact, he doesn't understand anyone who could find the entirety of the school to be boring.
William aspires to (you guessed it) build living automatrons (or robots) with their own free will. Call this crazy, or even illegal, but Will is determined to make this dream a reality.