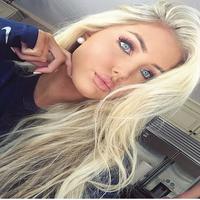 I come from a long line of dark wizards dating back to the early 1850s. My great grandfather was Roman Teague, who is better known as Ronan Grindelwald- the younger brother of infamous Gellert Grindelwald. While my great-great uncle got expelled from Durmstrang, my grandfather graduated with the highest marks and was predicted to be even more dangerous than his older brother. After the demise of Gellert, Ronan fled and changed his name to Roman Teague (a last name in our bloodline several decades before). Roman continued hs practice of the darkest magic but learned fro his brothers mistakes; he was extremely careful and secretive about his deeds with only rumors of the dangerous things he had done. Since then the Teague family has been known to produce some of the most dangerous and smartest dark wizards the magical world has known. Roman had 9 children in total- all who went to Hogwarts (all Slytherins of course) but have since then spread out all over the wizarding world. My father, Adrian Teague and mother Claudia (Spencer) are currently "head" of our dark wizard family. As the youngest child from Adrian and Claudia, I was born with extreme potential for I am the only Teague to be born with Animagus abilities since grandfather Roman. Naturally it came as a shock to my family when I became the first Teague to become a Gryffindor. I am the enigma of my family- said to be the most powerful Teague since Ronan and Gellert but yet still an outcast. I succeeded in graduating from Hogwarts in 2012, and despite my dark magic family, I have become one of the most successful Aurors of my time.
Accio Profile Posts...