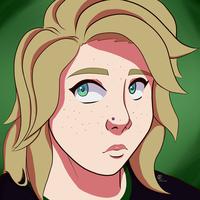 Well, my name is Rheya Starport, I was born in Paisley Scotland on April 11th 2000, When I was about 4 years old my family moved to Cambridge England for my sister to attend muggle university. In January of this year I received my latter from Hogwarts (I'm a little older for a first year). I was surprised at first, but mother was proud. Father was concerned that his youngest daughter is going to an old creepy castle in the middle of nowhere (Mother had to explain many times). My sister however, was envious of me, she thought I was getting all the attention she deserved. (She has a Masters in education and a really good job). Now I suppose I'm here, sorted into Slytherin to mine and Mothers surprise! (She was a Hufflepuff).
Accio Profile Posts...