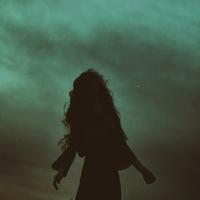 Lily's Bio:
I'm the daughter of Albus Potter and Amber Edwards. My mother was a werewolf and died when I was 3. My littlest brother was killed in a circus accident and after that my dad stopped paying attention to us. He sent my other little brother who can teleport to live with my grandfather on my mother's side. My older brother and sister were kicked out of Hogwarts because they were attacking people. My older brother, Andy, went to school at Wolfs Bane and my older sister, Nina, lives in the forbidden forest. I attend Hogwarts and can create lightning. Me and my older siblings are all werewolves. I live in the Shrieking Shack and have a talking pet niffler named Caramel. I know almost all the spells they teach us at Hogwarts. I love to prank people by stealing their lesson plans and shocking people. Me and Filch have a long history of hate and he has a special Black Quill reserved for me. I get howlers regularly and when people hear a screaming voice they automatically say "Lily.". I know all the secret passage ways in the school and love to make people think I'm Peeves to scare them. I love putting people in trances but I'm generally a good person. Just don't get on my bad side!
Name: Lily Potter Edwards
Family: Albus Potter(father), Amber Edwards(Mother), Sam Potter-Edwards (little brother), Andy Potter-Edwards (older brother), Nina Potter-Edwards (older sister), Teddy Potter-Edwards (youngest brother), Caramel(talking niffler)
Appearance: Emerald green eyes (her eyes change color according to her mood), messy golden brown hair, about 5'8
Powers: Can create lightning, is a werewolf, is a wolf and jaguar animungus, knows almost all magic, metamorphagus
Relationship Status: Single
Sexuality: Straight
Gender: Female
Greatest Fears: Having to write her most embarrassing secrets with a Black Quill, Her friends laughing at her and calling her freak
Blood: Half Blood (not that it matters)
House: Slytherin
Age: 13


Brooke's Bio:
I'm a true prankster at heart. My BFF Lily and I torture Filch all the time. Many people don't approve of out (me and Lily's) friendship seeing as I am a Gryffindor and she's a Slytherin. My parents were around for my entire childhood and I love them a lot. I basically grew up with Lily because she stayed at my house a lot. I'm very kind to the people I want to be kind to and very mean to the people who I want to be mean to. With me you never know! But always assume that I've got an alternative motive!
Name: Brooke Weasley
Age:13
Family: George Weasley(father), Angelina Johnson(mother), Fred Weasley II(brother), Roxanne Weasley(sister)
Appearance: Flaming red hair, deep periwinkle eyes, about 5'9
Powers: Trance voice, pranking abilities
Relationship Status: Single
Sexuality: Straight
Gender: Female
House: Gryffindor
Accio Profile Posts...