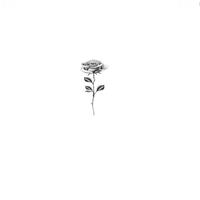 I decided to become a Hit Wizard when I realized that being an Auror was too dangerous and being a Policewizard would be too dull. I would have become an Auror regardless, but I’m not too fond of the Dark Arts. It’s… nasty stuff, and believe me, you don’t know the half of it. Aurors also tend to get a little… odd, after a while. I’d rather spend my time with my family, enjoying my wife’s wonderful cooking while watching my boy fly around on his toy broomstick. As for my job, I help track down and apprehend wanted criminals. Sometimes that means a Dark Wizard, but just as often it’s a slippery muggle-baiter. The most memorable collar I remember was in the summer of ‘04. A hack potioneer was peddling a product that was more likely to explode in your face than grant you luck. I had to dodge vials of who knows what, along with a flurry of curses both magical and non, but in the end I got off the perfect stunner.
Accio Profile Posts...