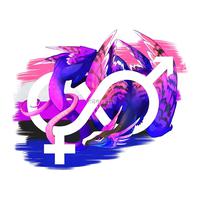 ~~Oc's~~ Beatrix Narcissa Malfoy
Personality-very cunning, very persuasive, very prideful, has a somewhat good heart kid her mum but the same temper as her auntie bella. She protects her family at all costs and she is very loud about her opinions.
Blood purity:Pure Blood
Family: Narcissa Malfoy (mum), Lucius Malfoy (dad), Draco (brother), Bellatrix Lestrange (auntie), Josh Lestrange (cousin) plus every Lestrange Malfoy and Black. And all other families that married in House:Slytherin
Age:13-14 ish 3rd had year (also depends on rp)
Patrounus:Fox
Boggart: the dark lord getting very furious with her and hurting her friends and family
Gender:female
Sexuality: pansexual
Relationship status: taken by Hailey Astoria Potter (will do romance for with others)
Roles:sister, daughter, friend, cousin, niece, heir, death eater Abilities: Parseltounge, Occlmance, Leginamance, is an heir of slytherin and the dark lord
Looks:pale skin, bright blue eyes, long blonde hair but with black streaks
Pets: great horned owl named Carina and a new half bengal cat half kneasel kitten named North
. Other: she has been through a lot. Her cousin Josh grew up with her in Malfoy manor. She was actually given the dark mark after she was born actually. She has a horcrux.
Introduction: I'm a proud pureblood and Slytherin. I am a death eater and proud of it. My parents are Lucius Malfoy and Narcissa Malfoy and my brother is Draco. Somehow i am an Heir Slytherin and The Dark Lord. You dont mess with my friends, family or me. I have a great horned owl named Carina and a new half bengal cat half kneasel kitten named North.
(Working on more)

Lilith arrived at school late, she had been getting coffee and food before school. She had always acted like a tough girl and a dom. With her graphic tees leather jackets fishnets short skirts and combat boots but really she was as sub as someone can be . She arrived into school late she ran into the classroom when she say someone sitting in her seat she walked over "Yo why are you in my seat"

2. {Open romance rp)
(Pg)
(Demon x Angel)
(Lesbian)
Sapphire Moon Christ was the daughter of Jesus Christ and th granddaughter of god. She was adored and worshiped in hevan even though no one really knew her. she was hated in hell because well her family. and the human eorld didnt know about her. she had flown down from her home to the human world. she was about to change from angel to human form but...

3.(Lesbian)
(Muggle)
(Assassin x princess)
(Pg)
Princess Lilac anneliese Livingston of lucana was from the world riches most famous and most powerful royal family. She was kind with a sweet heart but there people wanting too kill her for money. She was always locked in the castle. She was lonely. One day an assassin was sent for her

4.(Closed rp)
(on persons only)
(mature or pg)
(romance)
(either gender)
Maiyun a shy female.. She was wearing a very nice and proper purple dress that fit her body perfectly she had a small tiara on her head.Her sliver hair flowing. Her violet eyes vibrant as ever. Her dad worked on the council so she wore nice clothes. She was a properly trained omega. Very respectful to her highers. Very good at cooking and cleaning and childcare. She always tried to stay in line so she wouldn't get hurt. Her parents had told her to come to the park and to look nice. She walked up and saw an alpha. Much taller then her. She look up to the alpha while holding her wrist which had the o that marked her as an omega
Accio Profile Posts...