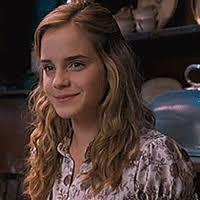 I was born & grew up in a country that did not have a magic school, & I was an orphan, so my life became very confusing when I discovered my magic. When I turned 11, these owls started following me around. I dodged them all day, hiding everywhere I could. Finally, I let them follow me, & one of them gave me a letter. The letter told me I could join Hogwarts, school of Witchcraft & Wizardry. I was so excited! I could finally be somewhere I would not be the only one! I accepted, & the next day, someone came for me, & took me to London! It was beautiful! We went somewhere called Diagon Alley, & bought my school materials. They took me to a train station, & sent me off. When I arrived, I was in awe of the large castle that would be my new home for the school year. We rode on these boats, & were greeted by a teacher. She instructed us to go into a large room called the Great Hall. There were many children, all older than me already seated at four long tables. At the head of the room, was a long table with teachers sitting there. An old hat was brought out, & we were called one by one to have the hat be put on our head, and get sorted into one of the houses: Gryffindor, Hufflepuff, Ravenclaw, & Slytherin. When my name was called, & tentatively stepped up, & let the hat be put on my head. The hat was alive! It spoke in my ear, & sat there for about 10 seconds, before proclaiming me a Ravenclaw! I was very happy. I ran to one of the table where students were beckoning to me. I sat down & immediately felt welcomed. I hope I can prove myself to be a good student!
Accio Profile Posts...