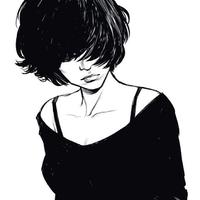 I was born into a family of two Aurors, my father working for the Ministry of Magic and my mother for MACUSA. They met while on assignment in China, and the rest we can say is history. After jaunting about the globe on assignment for many years (living most notably in the United States, the U.K., China, the Czech Republic and lastly Spain), and the death of my mother, my father settled us down in the U.K. to give the facade of normalcy to my brother, Caelan, and I. Caelan, who is three years older than I am, went to Hogwarts first. He, however, was sorted into Ravenclaw and has shown great promise in the areas of Defense Against the Dark Arts and Charms. When I got to Hogwarts, I wanted to join him in Ravenclaw, but was sorted into Gryffindor. I personally find myself drawn to wandlore and would one day like to be apprenticed to a wandmaker. I myself have a beautiful wand, purchased from Ollivanders, made from sycamore wood with a phoenix feather core. It is 10 ¾" and has a hard flexibility.
Accio Profile Posts...