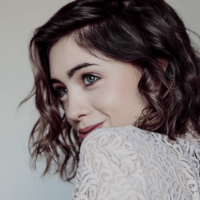 Astrid Fairisles spent the first decade of her life traveling back and forth between the UK and Canada, never staying in the same place for more than a few months. She received acceptance letters from both Hogwarts and Ilvermorny and chose to attend the former over its American counterpart.

Shortly after graduation, she unexpectedly ran into the British Ministry’s Head of the Department of International Magical Cooperation. Long story short, Astrid talked about her background and love for traveling, and the two witches’ conversation soon turned into a cordial chat. It ended with the DoIMC head telling Astrid she’d try to arrange something with the French Ministry of Magic. Her owl ended up being successful; thus, Astrid took a Portkey to Paris three months later. There, the British Ministry head emphasized her acquaintance’s communication skills, fluency in French, and Hogwarts academic excellence to a French Ministry official, who was thoroughly impressed. Astrid was offered a position as a French ambassador for the magical world, which she accepted with honor and pride.

Astrid later moved back to England, deciding to make the country her permanent residence. She currently represents France in foreign affairs concerning the magical world.