"When life gives you a hundred reasons to break down and cry, show life that you have a million reasons to smile and laugh. Stay Strong" -Unknown 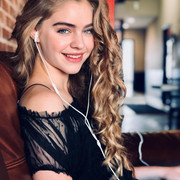 <details>
<summary>(Flaws and Quirks)</summary>
(Flaws
Sometime Rosanna can be Klutz just like her sister. With her idea that everyone had good in them it can lead to her being Naive sometime. Like Jinx she is very Nervous and Quiet. But unlike Jinx, Rosana isn't Blunt, Reckless, Rebellious or had panic attacks. But she does have a bit of anxiety. She is very Soft-hearted which sometimes leads her to being taken advantage of, But Jinx is there when that does happen to stop it. 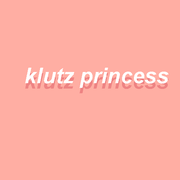 Quirks
Rosanna height isn't a big quirk but she is a little bit shorter then Jinx, then again she is younger. Rosanna and Jinx share getting sick a lot, one week Jinx would be sick the neck Rosanna would be sick, so its no surprise when they both had little sniffles. When Rosanna firsts meets someone she sometimes stutters, but when she's used to you, she doesn't. Rosanna twirls her hair a lot, and almost always tucks fallen strands behind her ear even when some strands haven't fallen. Unlike Jinx, Rosanna doesn't have tic or twitch's (Jinx has Tourettes). Rosanna only fidgets. 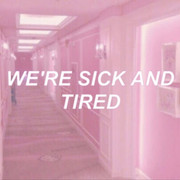 <details>
<summary>(Strength and Weakness)</summary>
(Strength's
While Jinx is great at the artistic side, Rosanna is more of the musician side. She knows how to play the piano and guitar well along with some others. Both girls are smart and going through classes is easy. Like Jinx, Rosanna knows a lot of Divination. She and Jinx are great at Herbs, but Rosanna is good at taking care of them a little bit more then Jinx. She is also able to play innocent when she gets in trouble (Which doesn't happen much) 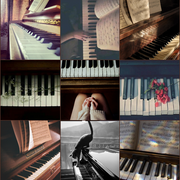 Weakness
While Jinx is great at sleight-of-hand and reading people along with a high tolerance for Pain, Rosanna is the opposite. She is terrible at public speaking and (Like Jinx) is Socially awkward. Rosanna with being so innocent, she is kinda immature, But only sometimes 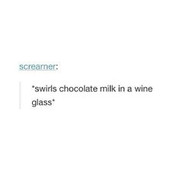 <details>
<summary>(Personality)</summary>
(Positive's)
Rosanna is a very positive person. She believe that there is good is everyone even ones with a dark heart. Even though she has a positive interior and exterior, she has been the a rough life. But she came out just as strong as her sister Jinx. She is very sweet and kind, always caring to people and creatures alike. 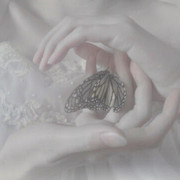 Negative's
She is shy and with her being shy its hard for her to open up to people around her, and mostly sticks to being quiet or with Jinx, Saint or Sage. She can be slightly sarcastic (taking after her sister). She, just like Jinx, tends to distance herself from people. And isn't very quick to tell you her problems. So don't be offended if she asks to be left alone or if she doesn't talk to you much. Most of the time she shows she cares by her actions, like walking with you in the hall, eating with her, hanging out with you etc. 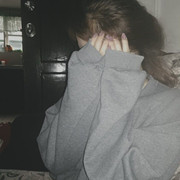 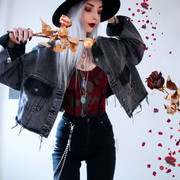 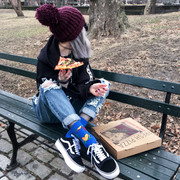 House: Slytherin but part Ravenclaw
Blood Status: Pureblood witch
Wand: Black Yew wood, the wands core are a Phoenix Feather blended with Rougarou Hair (2 very different cores. But work well in her wand.) Length is 13 1/2 inches
Patronus: Thestral
Animagus Form: Crow
Magical Abilities: Natural Legilimens and can talk to people through her mind
Pets: She along with Saint and Sage own 6 animals.
Jinx also likes to skate-bored with Rosanna and their 2 friends Saint and Sage.

Rosanna was born on December 31, beside Spinner's end with her one year old and 2 month sister Jinx. After she was born, their parents were unable to supple everything for the girls so they were passed to Severus Snape, who lovingly took both girls in as he own. Unfortunately their first couple years were lived in Hogwarts.

By the time Rosanna was 4 years old, she and Jinx went through foster care. Both girls having no luck on finding a home, until a couple came along. Sadly they had taken Jinx in as their adoptive daughter, this was when Rosanna was around 6 and half. While Jinx was gone, Rosanna starting learning how to play the piano from one of the foster families. The same foster family had decided to keep her as a foster, until she turned 8. 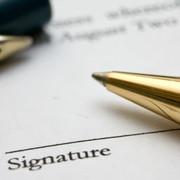 By 8 years old, Rosanna and Jinx's real parents came back and gained full custody over Rosanna. After they were finally able to put a roof over their daughters heads, close of their back, food in their stomach, and bedding and toys. They lived next door to Severus, and with the help of Severus, Sage, and Saint. They had made the house look great, all decorated and cozy. There was a room for both girls that held a piano and many books, a surprise their parents had done for when they found Jinx. 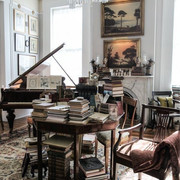 With the help of everyone, they had made the house a homey house, a house with rooms for the girls and parents, a cozy room for the both girls and many surprising to come. Rosanna and Jinx's parents, Aurora Drewstride and Ethan Lancasta had found Jinx at her age of 10 they were unable to adopt Jinx until she was 11 and off to Hogwarts. Between that time Jinx was allowed to see and even write to her real family. With all the noted and visit, Jinx and Rosanna were able to understand the witch and wizard world. Aurora and Ethan took the girls on trips to visit London and Diagon Alley, with some money as well Jinx and Rosanna were able to get a couple little things.

After that by the time Rosanna was 14 and Jinx was 15, Jinx had admitted that she was rape. Rosanna was shocked and from that they were tighter then ever. 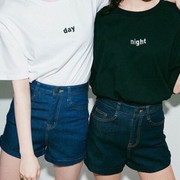 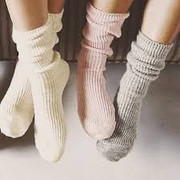 <font color=GreyBluetopink>
-----Side Note-----
If you want to know more about Jinx Quartz Lancasta or both girls go follow Jinx. Your profile is in her quick notes, or if you want to know about Rosanna ask Her not Jinx.