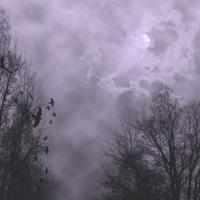 Look around you from every angle and perspective! You never know what lies in the mysterious hidden corners that exist in Hogwarts.
Followers (126)  Following (119)  Friends (113)

I was expecting my Hogwarts letter to come before it arrived, so it didn't take me by surprise. Both my parents are muggleborn, you see, so I am a half-blood (you're only a pure-blood if both of your parents are ones as well). My mum's a Gryffindor, my dad a Hufflepuff. They were a bit shocked to find I was sorted into Slytherin. To be honest, I was a little disappointed at first.

However, as the year went on, I found myself at home. Slytherin, I'd soon discovered, was where I truly belonged; the Sorting Hat was right! It'd considered Ravenclaw beforehand, but the hat (almost immediately) decided I wouldn't 'learn knowledge for the sake of knowledge'; I would only learn things that had potential use in the future. So, here I am.

Apparently, I don't share the same personality traits as my parents. I'm more competitive, resourceful, and ambitious. I guess that's what makes me Slytherin.

What are we waiting for? LET'S GET THOSE HOUSE POINTS!
Accio Profile Posts...