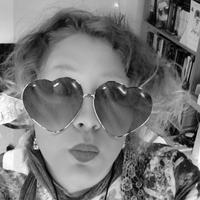 Things are seldom what they seem. Pause a while, take a breath, and think before you act. *pufflepufflepuffleByToutatis*
Followers (129)  Following (117)  Friends (108)

I grew up as a Muggle in the UK - there was a whole thing with my acceptance letter, it's a long story. Anyway, I trained as an archaeologist at the University of Bradford and spent several years roaming the world, digging things up, working in museums and picking up work as a roadie in the off season.

After discovering (somewhat late) that I was a witch, I took up a position at Hogwarts School of Witchcraft and Wizardry, where I taught Muggle Studies. There, I met my partner and co-conspirator, who was teaching Defence Against the Dark Arts at the time. After the war we decided to establish our own school for young witches and wizards, to help prepare them for life at Hogwarts. We run this day school out of our cottage at Pear Tree Farm, and occasionally assist our friends' owl-order potion service.

Pear Tree Farm technically belongs to my aunt, but she gave us the cottage as a wedding present. It's full of books and surrounded by plants, which is just how we like it. Now I'm more settled and we're talking about starting a family, I thought it was time to invest in actually attending some of the lectures I've heard so much about over the years. I've picked most of it up out of books, so it's nice to be in the classroom for a change :)