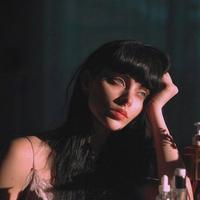 Professor Aurelia Cattercorn attended Hogwarts School of Witchcraft and Wizardry from years 2000 to 2007. She was sorted into Gryffindor upon her arrival. As a student, Professor Cattercorn was an all O student, particularly excelling in Defense Against the Dark Arts and Care of Magical Creatures, both of which she went on to take N.E.W.T level classes for.


After completing her education at Hogwarts, Professor Aurelia Cattercorn interned at the Department for the Regulation and Control of Magical Creatures in the Office of Misinformation Division for a year. In 2008, she then pursued a career in the Beast Division at the Dragon Research and Restraint Bureau. In 2009, Professor Cattercorn met Professor Anne, who she mentored during her time at the Ministry of Magic. Professor Cattercorn worked in the office until 2015, when she was asked to be a Co-Professor for Care of Magical Creatures working alongside former coworker, Professor Anne. In 2020, she departed to develop her own line of cruelty-free, vegan cosmetics for the magical world.