Students, I give you all a warm, but bittersweet, welcome to the penultimate lesson of Year Five. As you all know, you only have one other lesson this year before you take the Alchemy O.W.L. I have absolute faith that you will do well as long as you review the material from not only this year, but the previous years as well. Speaking of reviewing material, your final O.W.L. preparation assignment will be given after the lesson. It will be covering material from Year Four, so I would definitely recommend reviewing your notes before proceeding with the assignment.

With that out of the way, let's talk about our good friend Paracelsus. We have mentioned him plenty of times throughout the entirety of the course. It should be very clear by now just how much of an impact he made to the study of alchemy. If not, then you may have been sleeping a little too much in my class. Remember when I first mentioned that Paracelsus was the father of toxicology in Year Two, Lesson Three? We’ll be looking at how he got that title from pioneering an early branch of pharmacology with alchemical roots known as iatrochemistry and delving into a bit of potions. 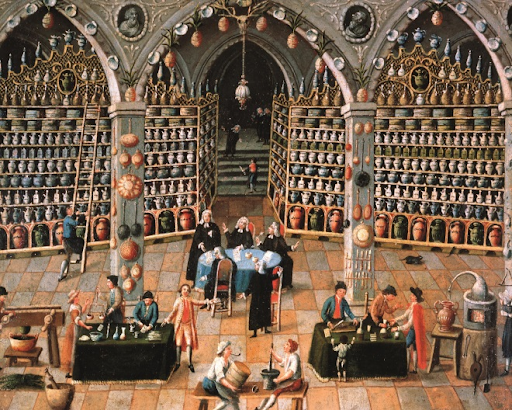 Paracelsus, although he accomplished so much in the alchemy field, wasn’t exactly everyone’s favorite person. Going into more detail in what was mentioned in Year Two, Muggle physicians considered his views and actions “heretical” and dubbed him as the Luther of Physicians, which is a reference to Martin Luther, the leader of the Protestant Reformation who nailed the 95 Theses to the door of the Wittenberg Castle church. Paracelsus’s unpopular actions included rejecting the Galeno-Arabic system, opposing the greed of apothecaries, and burning Avicenna’s writings in a public square. There were several reasons that made these actions so controversial. The works of Avicenna and Galen were very widely accepted in Europe by Muggle physicians, even several centuries after both of them were alive. Even some of the more notable healers and alchemists at the time accepted these philosophies as a way to treat and diagnose magical diseases. What made Paracelsus so exceptional in his studies was that he questioned the current system of traditional medical theory and took a different approach that wasn’t necessarily done before. 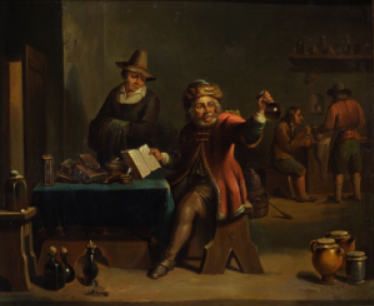 Iatrochemistry was a relatively new practice in the Renaissance. Particularly around this time, medical advancements needed to be made since the Black Plague was breaking out along with several other diseases going around. With the current system focused on the body having a balance of temperaments, iatrochemists sought to provide chemical solutions for illnesses. In Paracelsus’s case, he believed that the diseases caused by external factors are poisons. However, the poisons were not completely negative. Paracelsus theorized that, if taken in small doses, the effects of the poison can eventually cure the poison or disease in the body, thus suggesting that poisons have medicinal benefits. Considering this theory in mind, Paracelsus concluded that all substances have a helpful influence and a harmful influence. This resulted in one of the most famous quotes from Paracelsus and a fundamental principle in toxicology: “All things are poison and nothing is without poison; only a dose makes a thing not a poison.”

Since you know about the theory and philosophy behind Greek medicinal alchemy, it’s important that you also know how iatrochemistry differs from it, especially from the Galen’s traditional medicinal theory. One important difference is how both sides believe we get sick. Galenic traditionalists, as we know, believe that a sickness is caused by an imbalance of the body. So for instance, someone has the common cold. A cold is caused by an excess of heat (the hot quality of the Four Basic Qualities), so in order to cure the cold, Galenic traditionalists will either try to reduce the hot quality or increase the cold quality in the body. Meanwhile, iatrochemists believe that the cold is caused by an external factor of some sort that entered the body. Both sides utilize herbs in healing potions and other medicines differently. Galenic traditionalists believed that the medicine would become more potent if they increased the amount of herbs used, while iatrochemists increased the potency through chemical preparations of the herbs. Although the Galenic traditionalists claimed that the chemical medicines and potions were poisonous, which was true, they began to take up more of a medical approach later and used remedies as well. 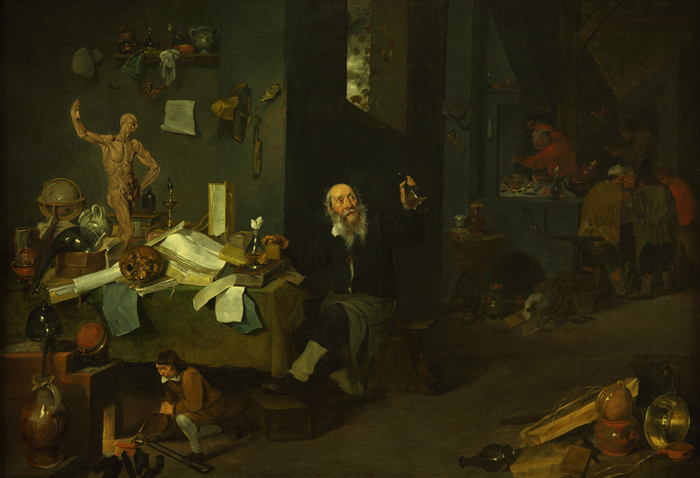 Now that we have some background into what iatrochemistry is, we will be delving into some ourselves. As a warning, the materials and chemicals that we will be working with are toxic, so it’s important that you have your safety equipment on and definitely do not ingest your chemical concoction under any circumstances. Even a small dosage that isn’t monitored by a healer versed in iatrochemistry could be more than the safe amount and it will land you an immediate trip to St. Mungo’s in the worst case scenario. We certainly don’t need that to happen.

In iatrochemical medicines, there are concentrations of several toxic ingredients in order to treat the same symptoms that the ingredients cause. These include both metals and herbs, however, in treating magical diseases, toxic magical herbs and poisons are also used. Using magic to enhance the process chemically changes the ingredients and makes them more potent in the final product. Magical iatrochemical potions are typically made up of at least one metal, two herbs, and various common potion ingredients. Natural poisons, such as venom, or poisons that have been prepared are optional. Mind you, there can be more ingredients; these are the bare minimum requirements to have a successful concoction.

Let’s talk about metals as an ingredient. There are some metals that the body needs certain amounts of in order to survive. These metals are: copper, iron, sodium, potassium, cobalt, nickel, zinc, magnesium, molybdenum, cadmium, manganese, chromium, and vanadium. However, if taken in high concentrations or large dosages, all metals are toxic and will cause problems. For example, even though iron is needed in the body, too much iron will cause iron poisoning, which is linked to all sorts of diseases from malaria to Alzheimer’s. Of course, metals your body doesn’t need, such as mercury and lead, will affect you depending on the type of exposure and how long the exposure happens, and the diseases that the poisoning these metals may cause can be just as, if not more, severe than the aforementioned metals. In the preparation of these potions, metal ingredients need to be melted using a crucible and a furnace, both of which I have at the back of the laboratory. You are not to use either without my assistance. Even though your dragonhide gloves will protect your hands and the crucible is removed by using a tool, these metals are heated at extremely high temperatures and one wrong slip could result in a serious accident. I will pour the liquified metals in your cauldron when you need them. For metals that have a very high melting point, the crucible the metal is melted in needs to be charmed to keep the metal in its molten form. Otherwise, the metal will begin to solidify when added to the cauldron. Plant ingredients are either grounded up using a mortar and pestle or they will need to be distilled first and just their oils are used. You should know the Distillation Spell since it was taught in Lesson Three so there’s no need to actually mess with a distillation tool. The poisons go in as-is and the potion ingredients are prepared according to the recipe of the particular potion you’re making.

One last note, iatrochemistry isn’t geographically restricted to the continent of Europe. In fact, we covered a bit already because Ayurveda is considered a branch of iatrochemistry. The concepts and theories of iatrochemistry also provide a basis for other healing systems in several communities around the world.

I would like to end the lecture there today and direct all of you to the laboratory in the back. Make sure that all your safety equipment is on and that you have your cauldron and wand ready. After you finish concocting your iatrochemical potion, label your vials and leave them where they are. Also, don’t forget you have an O.W.L. preparation assignment due. Now let’s move to the laboratory tables!