Welcome to Lesson Three, everyone. I appreciate your patience and am thrilled with the progress you all are already showing. I know your first two lessons were longer, but the length of these beginning lessons has been necessary in order to give you all the proper foundation you will need to succeed in this course. Unfortunately, I must also ask for your indulgence for one more lesson. I promise that the rest of the lessons will not be quite so long, but today we must cover one more series of terms that are important, since they will come up several times and will help further your understanding of the spells you will be learning.

As you will learn, there are many ways that spells can be organized and categorized. So far, you have learned about categories of Dark spells - jinxes, hexes, and curses. The next step to consider, then, is the way in which we classify the effects of spells. When casting a spell, there are two potential outcomes - either the spell will have a singular, immediate effect or it will have an effect that occurs over a duration of time with the potential to change. The former is known as a static spell and the latter is known as a dynamic spell.

Spell Type: Static Spells
The first type of spell that we need to discuss is the static spell. These are the types of spells that we will most often encounter in this course. A static spell is a type of spell that has a singular and immediate effect that does not change when cast. To cast a static spell, there is no extended concentration involved. The duration of the concentration lasts only as long as it takes to cast the spell and to allow the effect to happen. For example, when casting the Knockback Jinx (a spell I will teach you in full during our next lesson), the concentration necessary goes no further than the amount required to say the incantation and perform the wand movement while concentrating on the target and effect. Once the spell is cast, the required concentration is done.

This type of spell will also be the easiest to break away from the traditional forms of spellcasting. In our previous lesson, we learned about how important the precise wand movement  is. With static spells, it will be easier to learn how to cast spells without a wand movement, since the focus needed only extends until the spell is cast. This allows you to more easily concentrate on the effect and cast the spell successfully while simply pointing your wand at the target. However, this is an extremely difficult endeavor and one that you will not begin to learn until your Fifth Year; until then, you will need to perform all wand movements.

Spell Type: Dynamic Spells
The second type of spell that you will encounter is known as a dynamic spell. These spells will require a stronger sense of concentration, since you will need to hold the concentration for a longer period of time. These types of spells will typically have either extended effects that require a continuous flow of willpower and concentration that must be directed towards the target and the effect, or effects that can be changed in the middle of the casting. For example, the Patronus Charm (a charm you will not learn until much later as it is very advanced) requires a constant flow of magical energy and also requires direction. You will need to direct it to attack the Dementors (dark creatures that will be covered during your Sixth Year) and that will require a continuous flow of magic and an extended amount of concentration. If you lose your concentration even for a moment, the spell will dissipate.

It is important to note that some spells can fall under both categories. One example is the Fire-Making Charm, which is a static spell when it is cast with the intention of lighting a candle or an object on fire, but can become a continuous spell when you extend your concentration in order to create a stream of fire.

While we are thinking about a continuous flow of magic that would go into casting a continuous spell, we must also talk about the repercussions of overexerting yourself magically. Each spell you cast utilizes magical energy and, if you use too much at one time, you will suffer from what is known as magical exhaustion.

Magical Exhaustion
Spells have a much bigger impact on you than you might realize. Every time you cast a spell, you are utilizing magical energy from within you. Casting a static spell uses magical energy solely during the time it takes to cast; dynamic spells will continue to draw on your magical energy for as long as the spell is in effect. 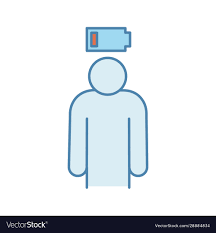 I want you all to pull out your wands for a moment and cast the Wand-Lighting Charm that you learned in the first lesson. Cast the spell and then, after a minute, put your wand out. You probably don’t feel anything now, but by lighting up the tip of your wand like that, you exerted magical energy. If you were to repeatedly cast the Wand-Lighting Charm, you would eventually start to feel tired. Just like your physical muscles, your mental and magical muscles need to be trained to be as effective as they can be. The more you use your magic, the more worn out you will get.

This feeling will be similar to the feeling you get after working out. If you have worked out properly, you should feel a soreness in your muscles and be physically worn out. Spellcasting will cause a similar effect to happen and you will feel mentally worn out. For your first year this will not be much of a problem, since you likely will not be casting too many spells simultaneously, but you will want to start training yourself now so that you will not get worn out as easily later. In Year Two, we will cover the basics of dueling and learning a few offensive spells. This will also include some practice in using the spells and you will not be able to practice as efficiently if you easily become tired.

Before we leave and I let you work on your homework assignments, I must warn you about what can happen if you overexert yourself. As I said, every time you cast a spell, you are using magical energy. Each witch or wizard has, at any given time, the ability to channel a certain amount of magical energy through their bodies. If you try to channel too much magical energy at one time, though, or cast too many spells in a short timespan, you will begin to feel fatigued. Returning to our working out example, this is not unsimilar to the feeling you will feel if you push your body too hard - you feel nauseous, find it difficult to catch your breath, and will feel tired. These are the beginning signs of exhaustion. In extreme cases, your body may feel weak and you may find that you have difficulties standing or doing even the most basic of tasks.

In the same way that you become physically exhausted, you also can become magically exhausted. By casting too many spells, your body will begin to feel the effects and will become worn down. When you feel like this, you will want to get as much rest as you can. However, magical exhaustion has the added symptom that you might be more prone to accidental magic while your body recovers. This is your body’s way of making sure that everything is functioning properly, so make sure that, if you ever find yourself recovering from magical exhaustion, you remove from the room any objects you don’t want broken or can’t be repaired. If you begin to experience the symptoms of magical exhaustion, it is best to stop casting immediately and allow your body to rest. ALWAYS make sure to take proper care of yourself!

Now that I’ve probably scared you good and proper with all sorts of information and worst case scenarios, we come to the conclusion of the first segment of Defense Against the Dark Arts 101. Next lesson, I will be introducing you to your first Dark creatures (and a little more introductory information) as well as a good spell for all First Year students to know. Despite the length and tedious nature of this information, I hope that you will find these first three lessons useful as you progress forward. It always helps to know the foundations of a subject when trying to understand where it’s going. We will also be referring to some of this fundamental information throughout your education, so it is good to know it from the beginning. As usual, please complete your mandatory assignments, which for this lesson is only a quiz.


Enroll
Hogwarts is Here © 2022
HogwartsIsHere.com was made for fans, by fans, and is not endorsed or supported directly or indirectly with Warner Bros. Entertainment, JK Rowling, Wizarding World Digital, or any of the official Harry Potter trademark/right holders.
Powered by minerva-b