What Makes Them Tick?
At this point in your magical career (quite early on), you may not have started wondering how magic works. Frankly, you’d be forgiven for just being surprised and delighted that magic works at all, instead of pondering the details. But, we’re going to briefly look at what makes broomsticks fly and work the way they do. Because, as you hopefully know, all brooms are not magical, so what makes up the differences?

The simplest answer is “spells.” Magical broomsticks (as opposed to the cleaning tools lying around in Muggles’ broom cupboards) are enchanted with a number of advanced spells to make them come to your hand when called, whizz through the air, turn, stop, and respond to basic mental nudges. In fact, broomsticks actually use many layers of spells all intertwined together to achieve incredibly complex results. This is actually something you’ll talk about in Charms, but not until much later in your education. We need to graduate past levitating feathers, first! 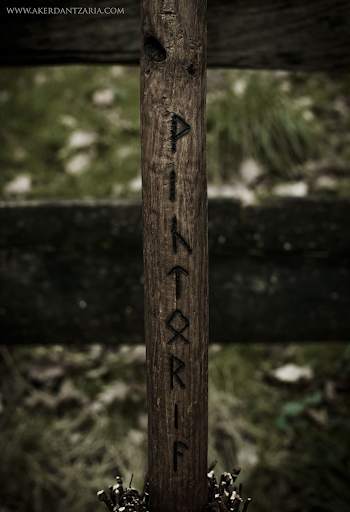 There are a few other things that influence brooms’ ability to fly and maneuver, namely the materials they are made out of and the use of runes. Runes (or, generally, mysterious magical symbols) can be used in conjunction with spells to amplify the effects or create more complicated effects. As before, I won’t go into too much detail, but if the idea of using runes and spells together interests you, I recommend checking out Ancient Runes as an elective in your Second Year. Now, as for the materials, let’s stop and think a moment. What are brooms made of? Wood, yes, yes, good. We’ve gotten the obvious answer out of the way. Just like wands, brooms can be made out of high-quality magical wand wood to enhance their potency. In fact, this is one of the large differences between early brooms (as we described in the last lesson), and modern ones. As many people made their own brooms, most simply cut down a tree on their property. Even today, most people don’t have the skill to tell whether a tree can produce wand-quality magical wood just by looking at it, so individuals making their own brooms means brooms of lesser quality. With the shift towards wand being made by specialized wandmakers, wood quality (along with other wand-making standards) has gone up significantly, as this is part of the creation process. While not all wood used in broomsticks is of the same quality that goes into wands, it’s definitely a step up from any old tree branch you can find lying around.

Brooms’ Brains
Related to our discussion of quality wood, I assume by now you’ve noticed that sometimes your wand feels like it has a mind of its own (after all, the wand chooses the wizard). The same is true for brooms! Alright, not quite the same. Neither wands nor brooms have brains literally, but that doesn’t mean they don’t do a lot of abstract work. For starters, a broom can tell if you are magical or not. How can they do that, you wonder? Well, it’s simple. If you remember how I mentioned the enchantments on brooms are layered with multiple spells, one of those spells requires that the rider help power the broom. Let me take a moment to explain just what I mean. When you decide you want to fly somewhere, you need to “start” it. How? Well, brooms collect just a bit of your magical energy to start up. If there’s no magical energy, no broom ride!

Riding the Struggle NimBus
So, why do some people have a hard time with broomsticks and flying in general? You might think it’s related to them not providing magical energy to start up their broom, but this is not necessarily the case! In most cases, issues with broom skills stem from two (or potentially three) possible sources.

One of the most common reasons, especially among first years, is a lack of confidence. As you’ve learned in your classes, casting a spell requires many things, including the incantation, concentration, and willpower. Willpower is the most important thing to consider here. When trying to fly, if you don’t think it will work, or have doubts that you can do it, you won’t be able to. That’s because of a lack of willpower. You need to will the broom to work correctly, and if you don’t believe in yourself, or the broom, that just won’t happen. With that in mind, try to come to the next class relaxed and confident, if possible.

Now, as for the act of flying itself, some people just don’t have coordination or awareness of physical space as a strength. Maneuvering a broomstick is not all muscle, most of the time you have to think about what to do. If you can’t judge distances well, or imagine angles, the broom will have less accurate feedback to go on and will perform less well. Of course, there are always those that are scared of heights or generally lack confidence in themselves as well, and these can also contribute. But never fear, practice can (and has) overcome all of these roadblocks! If becoming a competent flier is your goal, all you’ll need to do is set your mind to it, and set aside a lot of time to improve your flying, just like any other skill!

Finally, some feel that brooms (especially those made of the highest-quality wand wood) have a bit of their own personalities, like wands, and that some are simply more obstinate or picky than others. In this case, you may just have gotten a particularly “grumpy” broom that’s not kind to beginners. But, there’s not much you can do about that, and I assure you, there’s no one broom in Hogwarts’ collection that’s unrideable!

Broom Care
One last thing before we get our hands on real live brooms next week: taking care of your equipment. To keep Hogwarts’ brooms (which see a lot of heavy use) in flying shape, we need to make sure we perform some simple maintenance tasks. 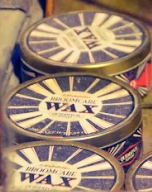 First, and most importantly, we need to wax our brooms frequently. There are many different brands and types of broom wax, such as those to keep it waterproofed, those to enhance sensitivity to mental commands, anti-jinx waxes, and more. But your general “bread and butterbeer,” so to speak, is Wakefield’s Broomcare Wax, which protects and strengthens the spells on the broom, as well as protecting the wood itself from warping. If a broom gets wet (which it’s liable to do what with our Scottish weather), it can cause warping in the wood if the wax is not there to act as a barrier. Wood wax is applied via a rag along all parts of the handle evenly (after all, you don’t want to create a weak spot where water got in), and dries instantly. Another bonus of waxing your broom is that it’s a quick way to check for any splinters before the next person sits down!

Another key thing to keep in mind is clipping stray twigs in the broom’s tail. This can be done by hand on occasion, but often we need tools to help with precision. No, not your wands, please! While magic is a great solution for most things, I would prefer not to have a First Year’s wand up close and personal with the many layers of magic on a broom! Lots of potential for disaster, particularly since broom material is so, well, flammable. Instead we’ll be using Quidditch-grade twig tweezers as well as snippers. Be sure not to oversnip your broom, though, you can’t put it back once you’ve removed it! But, as a rule of thumb, anything that sticks out wildly from the rest of the broom head needs to be removed. Removing these damaged bits helps to maintain the broom’s aerodynamics.

More avid professionals will often apply a polish to make their mount shine, or may also renew various spells that their model uses, but that’s not at all for beginners and nothing you’ll need to worry about in this class! For now, that wraps up our broom care portion (though you’ll need to put it in practice today for your assignment), and in fact, wraps up the lesson in general!

There you have it, the basics of how brooms work and how to care for them. Next week, be sure to come prepared, our next lesson marks our foray (finally) into practical portions, which will happen for the rest of the year! With that to look forward to, grab a copy of your quiz on the way out and I’ll see you then!

Welcome to Magical Transportation! This year we take to the skies as we learn basic broom handling, the history of broomflight, and even a few more advanced maneuvers! To spice things up, you’ll also learn about other flight-related magical transportation, with a few surprise guests. Come see what’s in store!
Enroll
Hogwarts is Here © 2022
HogwartsIsHere.com was made for fans, by fans, and is not endorsed or supported directly or indirectly with Warner Bros. Entertainment, JK Rowling, Wizarding World Digital, or any of the official Harry Potter trademark/right holders.
Powered by minervaa