Lesson 9) All That Glitters Is Not Gold

The students enter the History of Magic classroom full of trepidation. Some of their hands shake as they set out their quills and parchment; readying themselves for the examinations they are about to take.

The professor smiles at the class and helps a young man collect the books that he spilled to the floor in his obvious attempt to in a moment of clumsiness, or perhaps shaky hands. Raising her wand to the ceiling, a calming, classical melody fills the air. The students start to visibly relax and slowly the magic fades away.'

I know you have come to expect quite difficult finals in this class, however you need not fear them. I have personally prepared your assignments for this year, and I guarantee that while challenging, passing grades are completely attainable. Do not fret - it is my job to see you succeed, not to make your lives difficult.

Before we get to our final examinations for this year, there is one more topic I wish to cover. Yes, this topic will be included on your finals, so please be sure to pay close attention.

The Dark Side of Magic in Asia

By the dark side of magic, I am not referring to a band of dark witches and wizards roaming around the countryside terrorizing the locals. Nor am I speaking of Kala Jadoo, Gong Tau, or any of the more grisly magical practices. While this may have painted a picture of a continent replete with nefarious sorcerers, there is no greater proportion of dark wizards in Asia than in any other part of the world.

A more accurate parallel would be to reflect upon the darkest times in our own European history - that of the Inquisitions and the witch trials. That time was quite simply the most horrific period for our people. Unfortunately, that reality still exists today in some parts of Asia. This is the “dark side” of magic I am referring to. 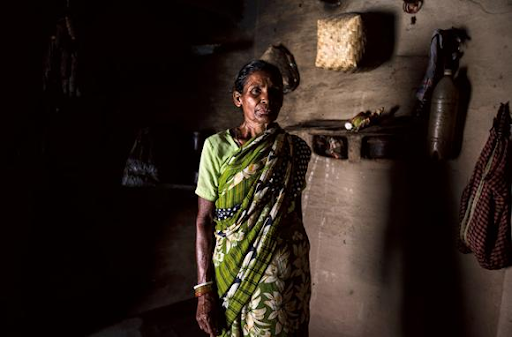 To illustrate this, we will be taking a brief look at one specific country: India (though this problem is not just confined to this nation). A recent statistic states that over 2,100 suspected witches were killed in the two years between 2000 and 2012 in rural parts of India. Much like in our own history, the vast majority of these women were not in any way magical, but instead mundane victims of jealousy, misunderstanding, and pure spite. While not all of India or its Muggle citizens believe these things or behave in this way, Indian witches and wizards in certain regions of the country must still be very, very careful. While yes, hedge witch practices are common, and the citizens are more open to the idea of magic’s existence than those in the Western world, there is a price to be paid. Because many believe in witchcraft, you can still be tried or killed for it here, whereas a person attempting to arrest someone for magic in Great Britain would be laughed out of the courts.

Now, I do not wish to scare you, but the world can still be a very dangerous place for witches and wizards, not to mention Muggles or really anyone who is seemingly different from others. Keep your wits about you, avoid dangerous travel destinations if you can, and I’m sure you will all live long and happy lives!

Lesson 1: A Comparison of East and West

Lesson 6: Ethnocentrism and its Effects

Lesson 9: All that Glitters is not Gold

And that brings us to where we are now. It seems so little when we block it all out, but there’s quite a wealth of knowledge hidden between those lines. And now is the time to show how much of it you’ve retained! I’m sure you’ll impress me. Please take out your quills as I distribute the finals. Once everyone has one, you may turn them over and begin. Don’t worry; you can handle this!

Known as the largest continent in the globe, Asia is home to many mysterious cultures and beliefs that are unfamiliar to us, but no longer! Come explore the many wonders of the continent to the East and its rich history.
Course Prerequisites: