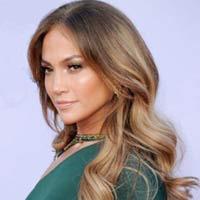 Marina Dmitrievna Gagarina, granddaughter of the celebrated Muggle cosmonaut Yuri Gagarin, was born in St. Petersburg, Russia on April 15, 1985 to parents Dmitri Yurievich Gagarin, a journalist, and Katerina Grigorevna Gagarina, a noted astronomer and seer. As a young child she emigrated from the collapsing Soviet Union to Birmingham in the United Kingdom. At the age of 11, due to political unrest in the UK, she was sent to attend Durmstrang Institute for Magical Learning. Here she excelled in Astronomy, the importance of which had been impressed upon her since childhood, and Spell Theory. Upon graduation seven years later Marina returned to the UK to join her family, now residents of Upper Flagley. There she worked as an experimental spell tester for a private firm from 2003-2011. Disillusioned with her chosen career and interested to understand more about the effects of the greater magical world on magic, she enrolled in a graduate program at the Salem Witches Institute with a dual focus on Magical Theory and Advanced Astronomy. Upon graduation in the spring of 2016 she applied for a professorship at Hogwarts School of Witchcraft and Wizardry where she currently resides.