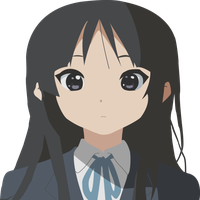 I had first come to know the Ilvermorny School of Witchcraft and Wizardry as a kid since my parents had graduated there. At my first year in school, I was sorted into the Thunderbird House. The lessons were pretty good and I have especially taken a liking to Charms and Magical Creatures. However, I had always wondered about the Hogwarts School of Witchcraft and Wizardry. Ever since I heard about it from a friend who attended Hogwarts, I have always dreamed of attending the school. My parents would not agree, however, saying that Ilvermorny is the more logical choice since it is the nearest school to home. I'm pretty sure it was mainly because they went there and wanted me to do so as well. I would not let it rest however and after an EXTREMELY long time of constant persuading, they finally agreed. I was not really sure then if it was possible to transfer schools but I was quite optimistic on the subject. After speaking to the Headmaster of Ilvermorny, we were told that such an arrangement can be made. Finally, my journey in Hogwarts begins.
Accio Profile Posts...