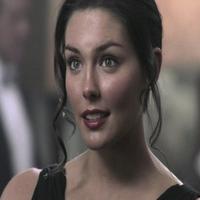 Long ago, a witch was born, of noble prestige and purest of blood. She wore all black with capes of glimmering tints of white. This girl was psycho, completely mental. Some say she was depressed. Some say she was turned down by the Ministry. Others even say You-Know-Who even got fed up with her and threw her out. No matter what had made her insane, it gave her a taste for revenge against all. That's why she became the Flag, the White Flag. Many say that Flag had fingers of fire and nails of ice. Powerful wizards have called anyone with such elemental ability an EA. which was not a good title to have. Still, that was exactly the title they gave Flag. She was the first to ever have been labelled as E.A. With such dark, dangerous, and uncharted character traits, Flag became the most dangerous in XXXXX category. XXXXX is a known wizard killer and impossible to train or domesticate. Flag was too crazy, too mental, and too powerful. That’s why Jayna Black was sent after her. Jayna was the top of her class, chief of the aurors, and just as powerful as Flag. Five years after Jayna was sent to kill or capture Flag, they both disappeared. No trace, no clue, and no bodies. For the time up until now, we called it the" Sortir de I’ ombre Pe’riod" meaning Out of the Shadows period. This came from the Beauxbatons who soon made the name popular. And yes, until this day, no one knows where Jayna or the Flag disappeared to.